An African Minute: Papa Ghana Is 'An African' 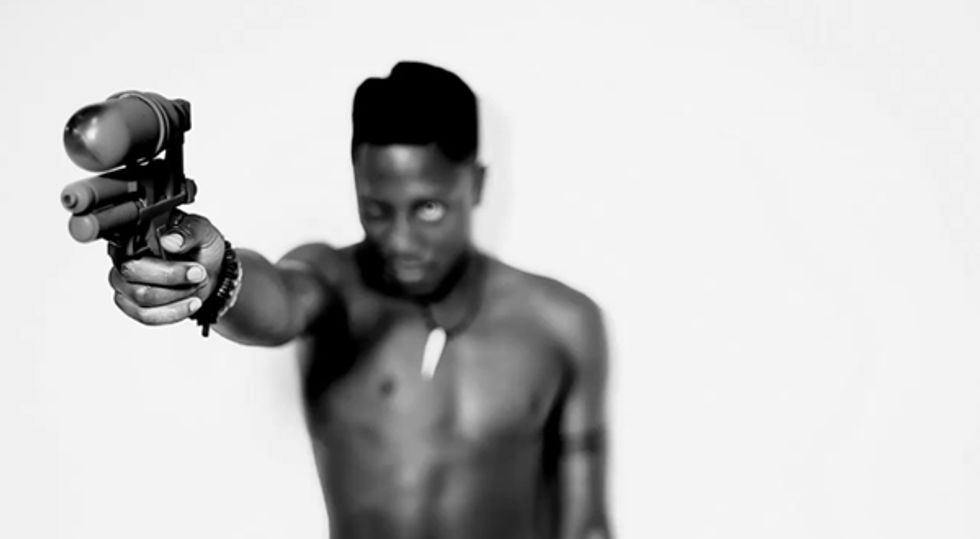 (Not too long ago,) Okayafrica was put on to "I am An African" by Papa Ghana(thanks Spoek Mathambo!), the Ghanaian-rooted, Gandhi-quoting, Dutch musician whose influences are just as broad as his audience. Papa Ghana takes An African Minute to tell us about his single, the message in his music, and what we can look forward to next.

My name is Jefferson Osei a Ghanaian born and raised in the Netherlands. I'm 23 years of age. Student, football player by heart, 1/7 of the creative collective Daily Paperand 1/3 of L'Afrique Som Systeme.

2. How would you describe your music and its audience?

First of all I want my music to be approachable for everyone in the world. People should start smiling when they play my music, no matter what colour of skin or religion. I'm influenced by many cultures therefore I use a variety of styles and genre in my music such as afro-beat, coupe decale, kuduro, grime, dubstep, electro and hip hop. So if I were to discribe my music in one word I would say: Diaspora Beat, yeah I know you have never heard of it. It's music made by people whom are away from their established or ancesteral homeland influenced by other cultures. I would describe my audience as people of all kinds of race whom are not stiff in the hips.

3. Who/What/Where are some your biggest music influences to date?

4. You just dropped a video for your single "I Am An African," why did you choose to debut with this song?

This song has a message to all people in the world. We need more unity in the world. Africa is the homeland where it all started a long time a go. I want people to remember this, cause no matter what colour or religion we are all Africans.

5.What's next for Papa Ghana?

My first priority is my bachelor degree in school and launching the first Daily Paper clothing line. I'm also working on The Mandingo EP, my new EP with various music styles. It should be released somwhere in the summer, on African time.

6. We noticed that Papa Ghana is sounds similar to "propaganda." If Papa Ghana were to spread propaganda, what would it be?

Be the change you want to see in the world.