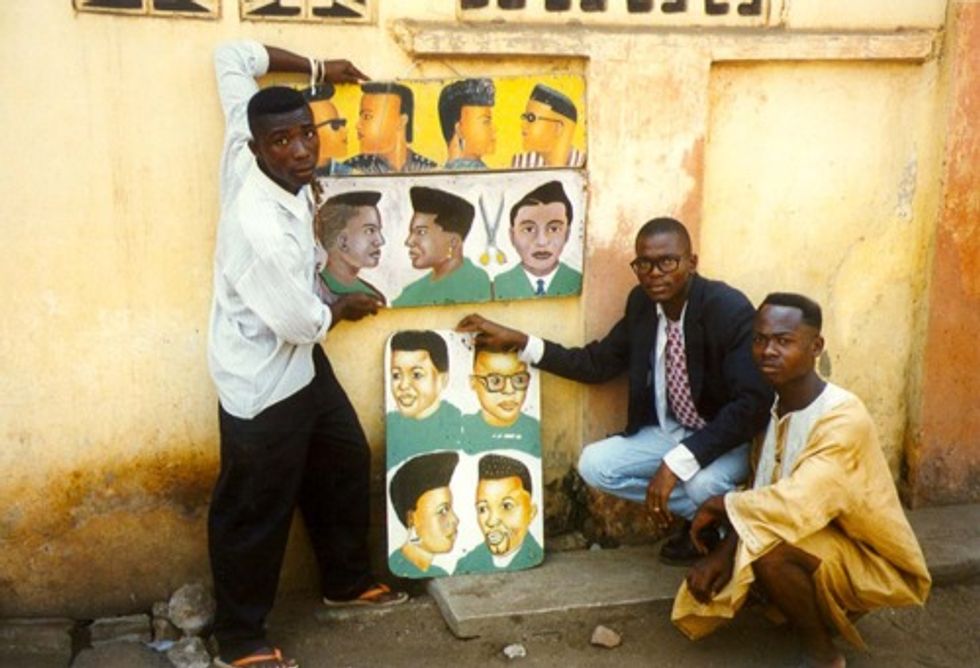 Okayafrica's blogroll is pretty dense, but among the cluster of music, culture, and political commentary, Dynamic Africa stands out. The spectacular photographs that regularly appear on the site are something of note, but it's the communal feel of the blog's "aggregated content" that heightens its uniqueness. It's literally a hastily updated, one-stop shop for a wide variety of perspecitives and information on Africa. We asked the sole curator Thiat Makinwa 5 questions about this exciting online space as part of our An African Minute series.

1. Tell us a little bit about your background and how it has inspired Dynamic Africa.

Since the age of four, my family and I have been moving around constantly. Thankfully, most of my nurturing occurred in a Nigerian household with Pan-African parents who were politically aware and never let me forget the importance of my history. Although I currently reside in the United States, I’ve lived mostly in Europe and Africa, and have travelled extensively throughout both continents. However, it wasn’t until my college years that I began to become more aware, and thus somewhat aggravated, at the lack of diversity in news stories about Africa from a lot of Western media sources. Whilst I’ve been fairly active on social media sites, there was something about the intellectual culture on tumblr that eventually propelled me to stop complaining and become a part of the solution by starting my own platform to promote the stories about Africa that I felt people needed to be aware of. As corny as it may sound, you really do have to be the change you want to see in the world, as Gandhi said.

2. Your site hosts a lot of brilliant photos, which image has been your favorite and why?

It’s incredibly difficult to a pick a favourite as everyday I come across fresh and exciting photographs through the numerous unfailing blogs I follow. Fellow tumblr blogger Kilele has a brilliant eye for spotting images of Africa that one doesn’t often see, and hosts a whole catalog of images that I can’t seem to get enough of.

Above, young couples by Malian photographer Malick Sidibe. Below, Dora Akunyili, 52, in the company of two of her bodyguards in the office in Abuja, Nigeria.

3. What do you find most difficult about sifting through all of your submissions?

Honestly, I don’t get a lot of submissions on tumblr. Most of the content I post is found through searches, the list of blogs I follow, twitter alerts and from my own personal knowledge/experience. Out of all of this, the hardest thing about deciding what to post would be deciding if the levels of objectivity and authenticity in these findings serve to educate and enrich the reader’s understanding of that particular topic, as opposed to propagating a one-dimensional view with very little educational value or quality. That, and steering away from posts that promote “voluntourism,” “poverty porn” and images of Africa that are stereotypical in nature.

4. Where do you see your project in 5 years?

Wow, five years seems like forever away. I believe it’s been just over a year since I began this project and honestly, I had no real clue or game plan when I started. Presently, I’m thrilled that it’s grown to what it is now. Hopefully, I’ll be able to launch a separate site with a focus on providing a platform for Africans, both at home and in the Diaspora, to share their experiences and opinions on what it means to be an African in the 21st Century- incorporating various forms of media from written articles to short films and documentaries.

Above, a Maasai Warrior in conversation with a young woman (1959).

5. What is your favorite thing about curating Dynamic Africa?

The satisfaction I get in knowing that there are people who’s views on Africa have been either changed or challenged because of my blog, and that personally, my understanding of Africa continues to expand with every blog post.

Above, demonstrators praying in Tahrir Square. Below, a painting by Richard Onyango.

Check out all of OKA's African Minute interviewees - folks whose work reflects a new perspective of Africa: