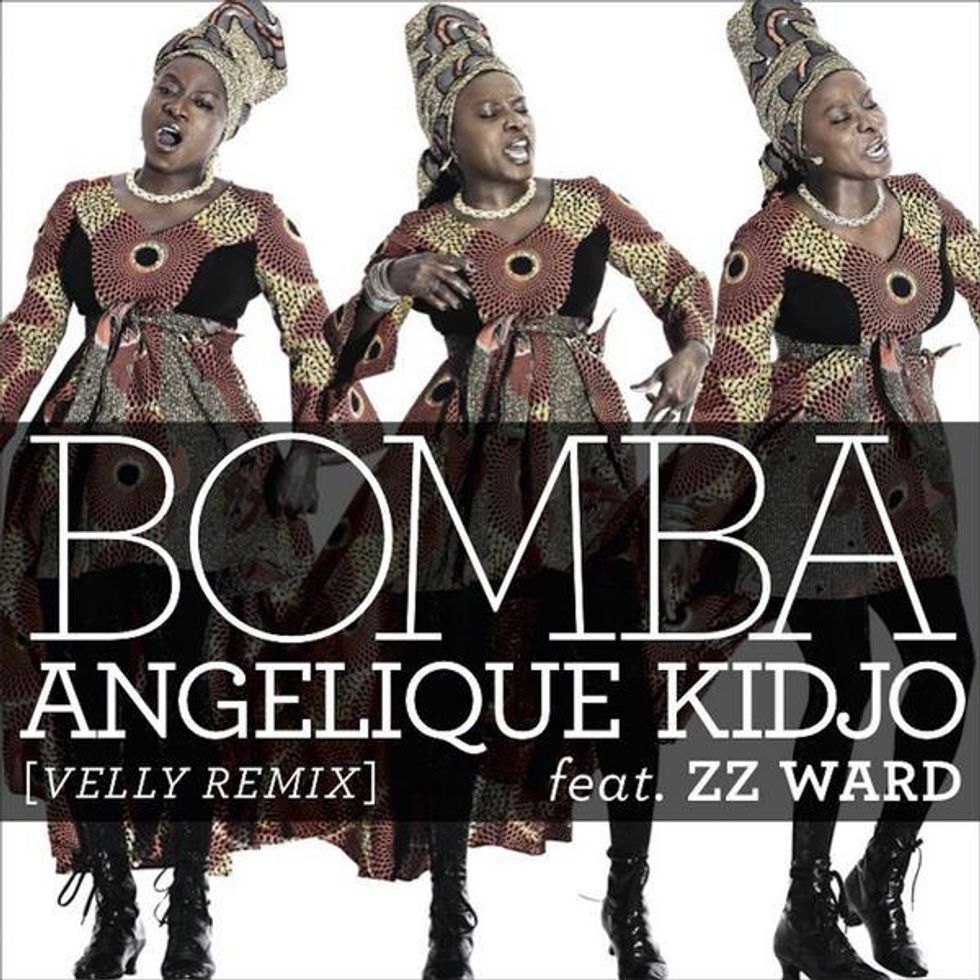 In a Red Light Management article, Kidjo informs that the title of the original song refers to a traditional piece of African women's attire, and that the track "...is a tribute to African women—to their resilience and their beauty.” Speaking on the remix, the artist says, "I have always loved musical collaborations and I felt that the strong message of the song deserved to be shared with a new audience."

The bouyancy of the remix becomes especially clear in the its official lyric video in which the song's multi-colored lyrics appear over flower designs and Kidjo dances with several women in a tree's warm shade. "Bomba (Velly Remix) [feat. ZZ Ward]" is available now via TuneCore and is on iTunes. 100% of the artists' royalties will be donated to humanitarian aid programs in Kenya. Watch the lyric video for the song below.

Sings, a new album by Angélique Kidjo & Orchestre Philharmonique du Luxembourg, will be released on March 31 via 429 Records and will be available on iTunes. Watch the trailer for Sings, and see Angélique Kidjo's upcoming tour dates, below.