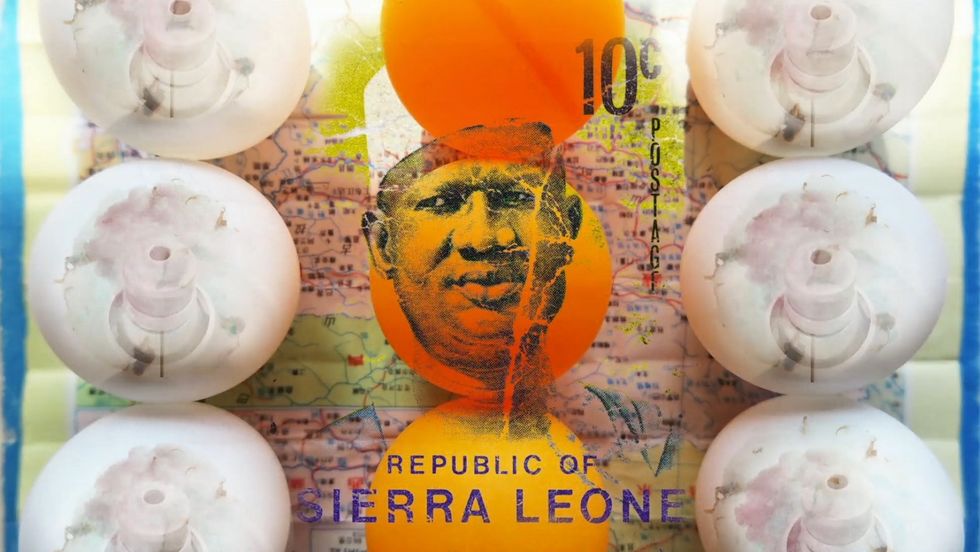 A Sierra Leonean technologist and an American sculptor have teamed up on a fascinating stop-motion, GIF-inspired music video.

The four-minute "Ar Don Go" visuals intersperse images of figures such as Malcolm X, MLK and Gandhi with a flurry of pop cultural references, from Ryan Gosling and China’s Tiananmen Square to a factually incorrect depiction of Jesus as white and Antoine Dodson relaying his now infamous warning. Composed of objects and texts derived from Arabic, Hindi, Chinese, Turkish, Spanish, English and Sierra Leonean Krio, the video touches on themes of multiracial identity, immigration and ex-pat culture.

According to a press release, the part-autobiographical song expresses Sengeh’s desire to bring back his outside experiences and knowledge to help influence his native Sierra Leone. The objects and texts featured in the video were collected over a ten-year period from numerous places Ellis has lived, worked and studied.

Accra-based musician Brainy Beatz produced the original beat while the lyrics and vocals came from Sengeh (recording under the name Moi) and his wife, Kate Krontiris (aka K2). Ellis produced the video in a myriad of locations, including Juarez, Doha, Istanbul, Delhi, Kathmandu and Jingdezhen.

“I have loved this piece because of what it represents to how I imagine the world to be—a collaborative ecosystem with respect for everyone’s culture," Sengeh says of the project. "It’s about youth, vibrant colors, taking action, online/digital culture, and inclusiveness.”

Peep the video below.