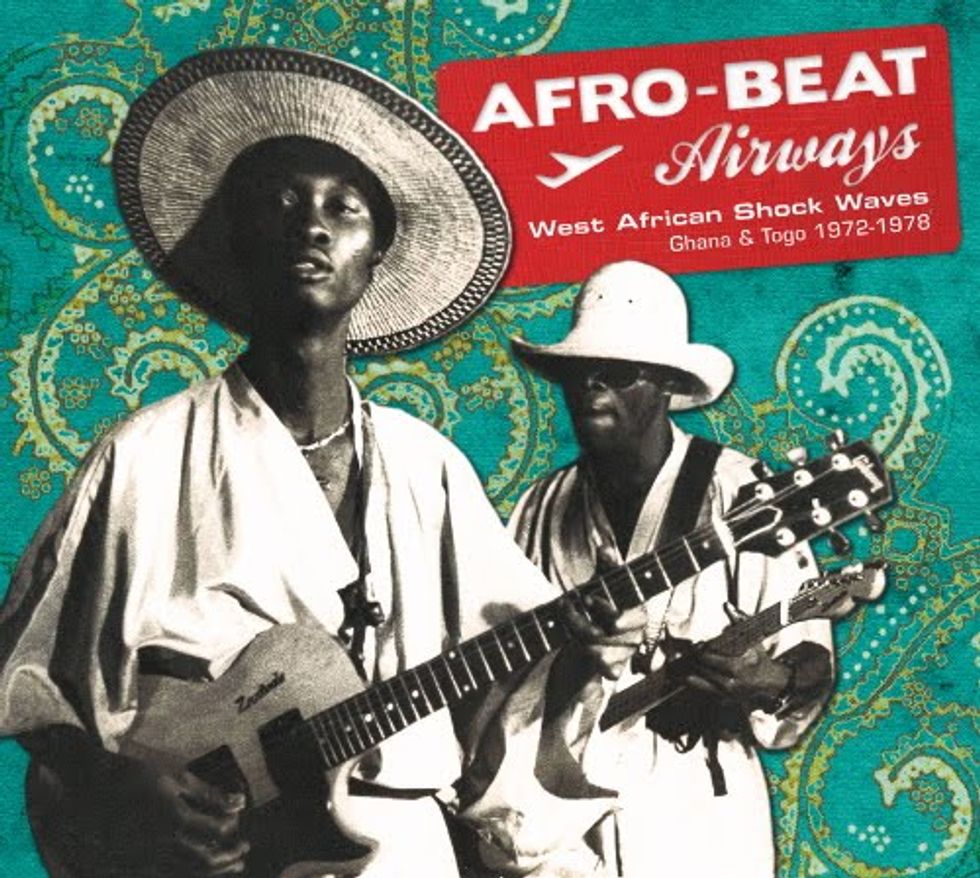 Analog Africa's Afro-Beat Airwaves is a compilation of songs by various artists from Ghana and Togo circa 1972-1979.

Analog Africa is a fantastic blog/record label from Germany that is releasing some deep underground African cuts from the 60s and 70s. Their 8th release, Afro-Beat Airwaves, is a compilation of songs of various artists from Ghana and Togo circa 1972-1979. They've also released compilations from Benin, Ghana, Niger, Nigeria, and will be releasing Angola Soundtrack on November 22. Each album comes with extensive information, photos, and interviews with the featured artists and producers. Afro-Beat Airwaves is chock full of obscure Afro-Funk gems from artists such as Ebo Taylor (see also Strut's latest release) and the De Frank Professionals, whose song "Afe Ato Yen Bio" is one of my all-time favorites. Take a listen to the track below and check out the blog for yourself here.