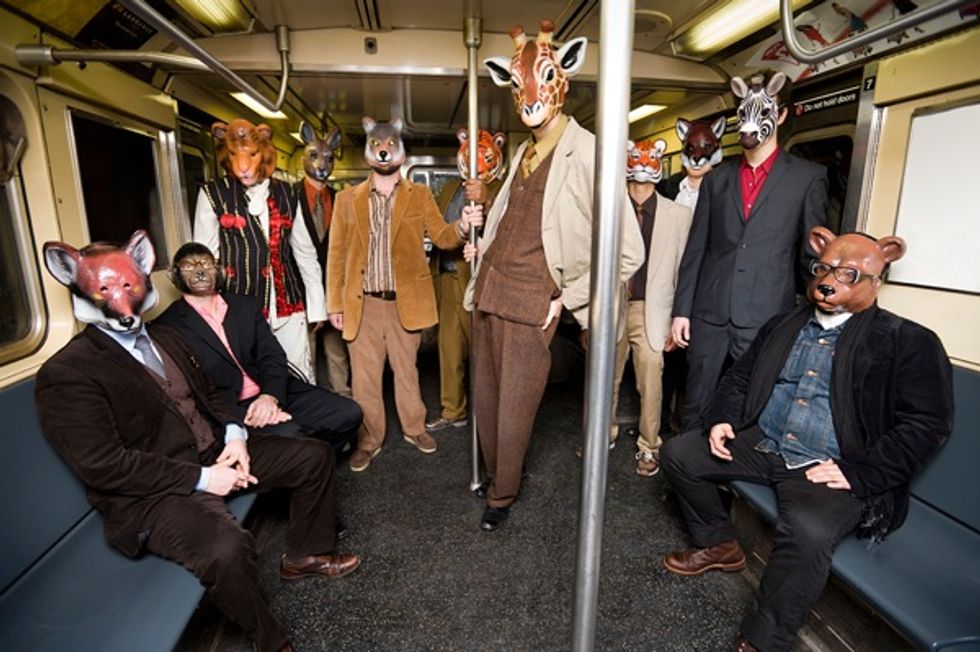 Brooklyn's go-to afrobeat outfit Antibalas is prepping the release of their first album in five years. "Sare Kon Kon (Redux)," the closing track on the self-titled Antibalas LP, follows in the vein of the 12-piece group's horn-flanked, intricately rhythmic concotions. The tune features vocals about restlessness that, saxophonist Stuart Bogie says, "encapsulate the rushing anarchy that keeps the band together. It’s the idea that we’re all kind of on this train, and there’s no director, no engineer, no brake; everybody just has to run, and go or not go." Stream the track below and look out for the album dropping August 7 on Daptone Records. Plus check out our Earbuds mix from 'balas singer/guitarist Chico Mann.