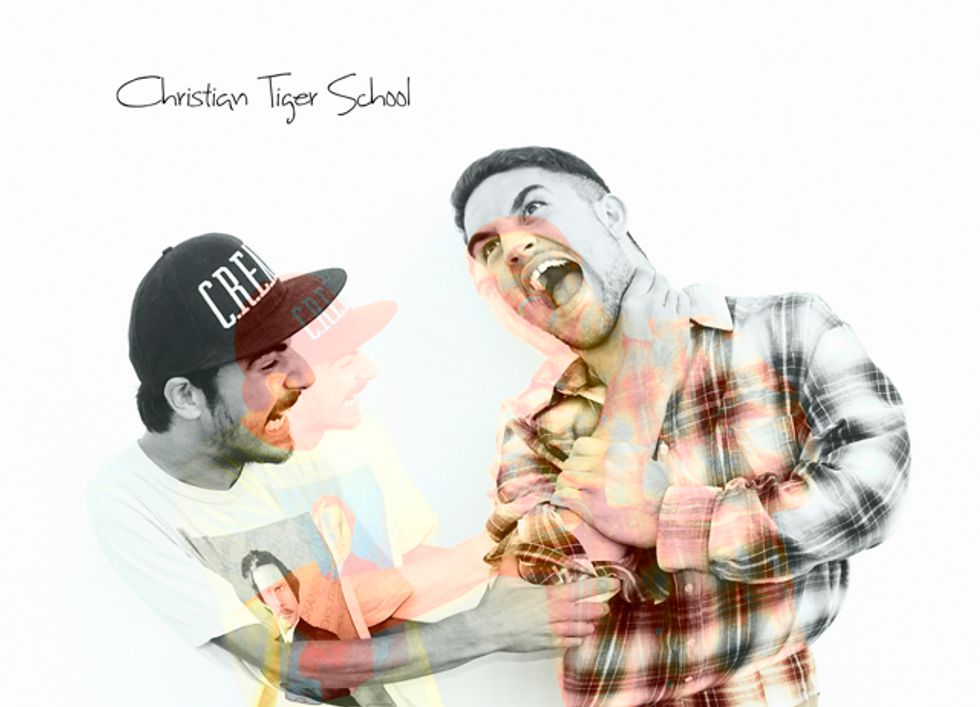 Christian Tiger School, a Cape Town based duo comprising of Luc Vermeer and Sebastiano Zanasi, are definitely one of the city’s best kept secrets. They are the creators and manipulators of beats that open portals and transport the listener to alternative realms.

On first listen to any of their productions or mixes, it's clear that they are well-versed hip hop heads. Indeed, the group began as a trio of high-schoolers, pioneering “boom-pop” hip hop and aspiring to be rappers. However, they have developed their tunes to urban music of a bastardized and hybrid nature, fusing a little bit of that electro whimsicalness in methods reminiscent of the tendencies of such like Flying Lotus and SAMIYAM. “I went to America for a while, east coasting… and while I was there I hit him up (Flying Lotus). I also got a chance to work with 9th Wonder,” reveals Luc Veneer, validating the suspicion of their possible influences and sources. “Our music is anything and everything really,” he tries to explain, his sentence stunted by the sheer enormity of the scope and the ambiguity of their sound, making it impossible to condemn it to one specific genre.

Even though they've only known each other for 3 years, on stage Luc & Sebastiano function like a well-oiled machine. Their productions are brought alive with expert disc jockey manipulations, unexpected cuts incorporating rap adlibs with street snares that give a sense of familiarity, and bass drops that explode giving a sense of euphoria (evidenced by hardcore head bumps). The technicalities are intense, the sweat drips and every ounce of energy is transferred out of that Macbook and SP-4D4 SX, fuelling the moshpit below. “Insane,” is all one can say, including Sebastiano, when all is played and done.

Although currently showcasing at every other odd gig, Christian Tiger School’s time as a closet band is limited, “We’re working on an EP for release later in the year, although we’re only 3 songs in at the moment,” informs Luc. In the meantime, their bandcamp is substantial to the fiends.