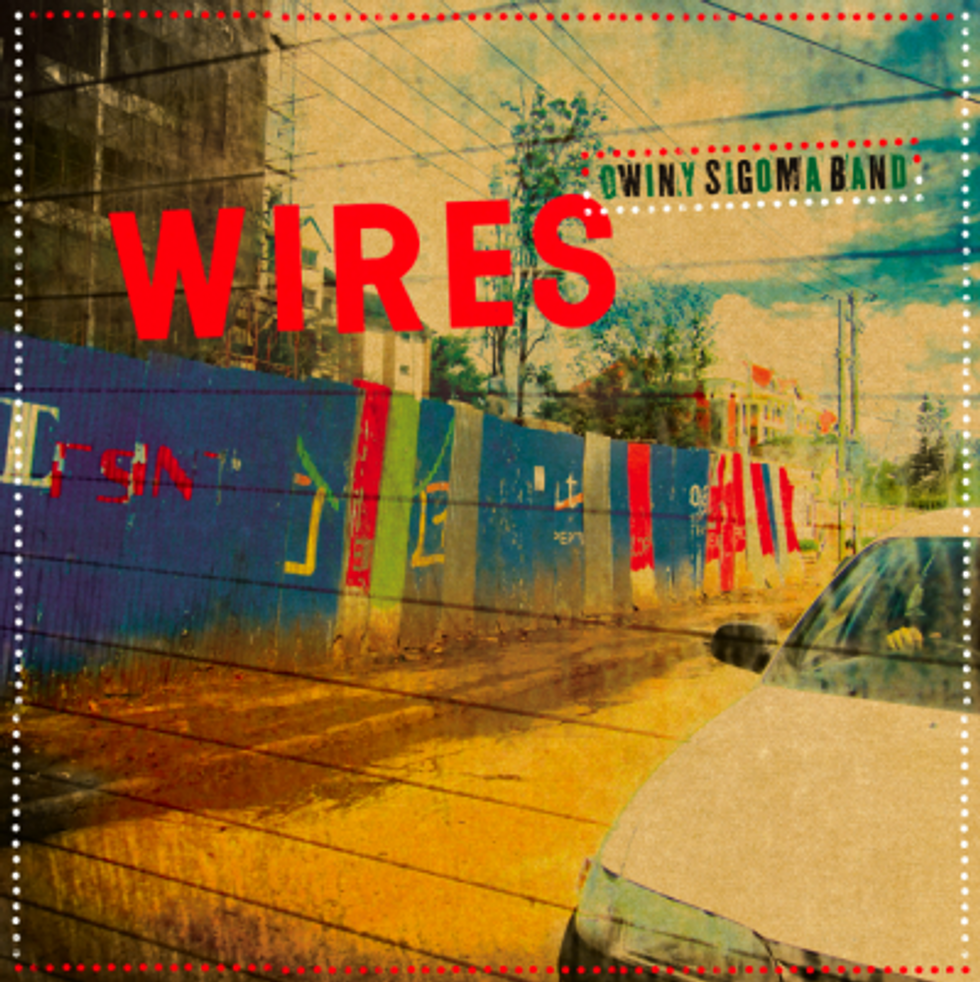 Owiny Sigoma Band, a musical exchange program backed by UK producer/BBC radio personality Gilles Peterson, explores the relationship between London and the Luo, and showcases Kenya's contemporary sounds. The project, which will be released on May 2nd, was the initial vision of Hetty Hughes and Aaron Abraham, co-founders of Art of Protest, an organization established to promote local musicians. In 2009, the pair invited London-based musicians Jesse Hackett (keys), Louis Hackett (bass), Sam Lewis (guitar), Chris Morphitis (bouzouki/guitar) and Tom Skinner (drums) to collaborate with Joseph Nyamungo and Charles Okoko from the northern village of Owiny Sigoma. Their debut release, Owiny Sigoma Band, is the product of the initial demos making their way to Peterson's inbox, at which point they were signed to his Brownswood imprint and sent back to Nairobi for another recording session with Nyamungo, Okoko and their friends. "Wires," their first single, is a bouncy springtime groove, sprinkled with gentle vocals, percussion and a simple disco beat. Listen to "Wires" below and enjoy the teaser above.