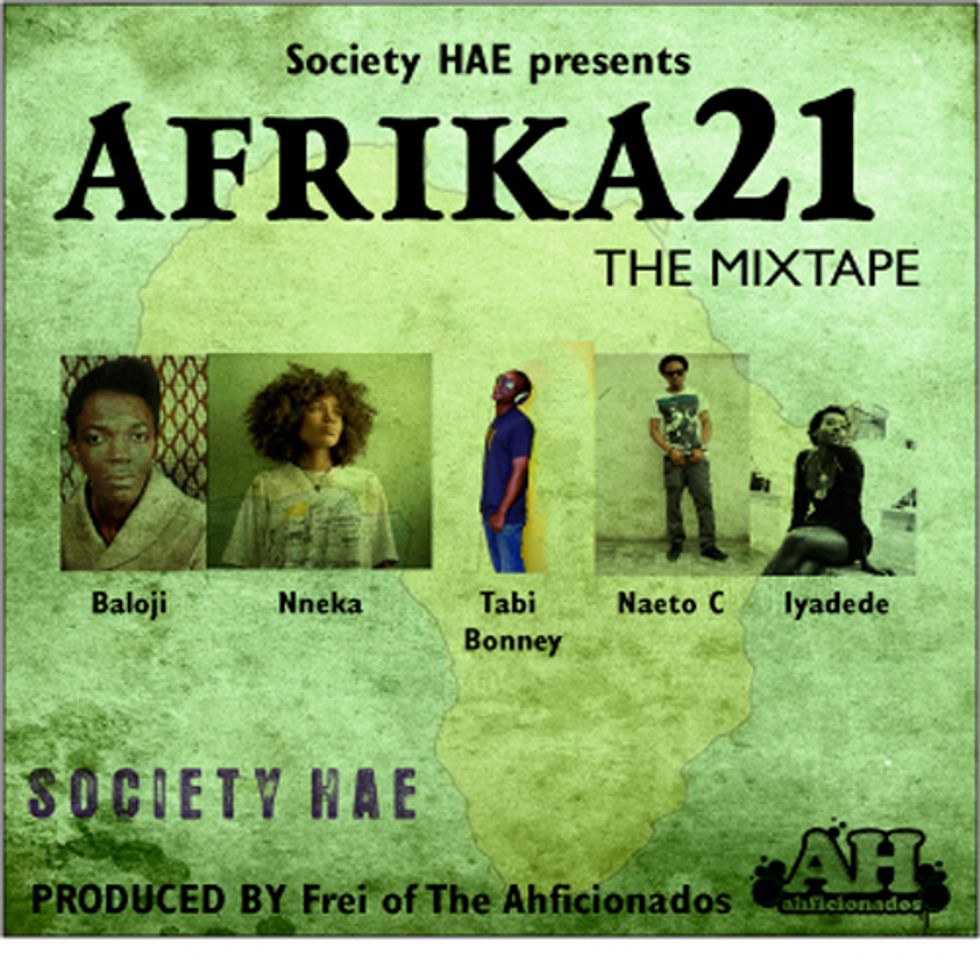 With Afrika21, Society HAE are creating a massive platform to introduce 21 of Africa's emerging young creatives in the fields of art, music, fashion and film. The Afrika21 project will give audiences a firsthand look at 21st century contemporary African culture, and open up a new dialogue about Africa as a go-to market place for creative synergy. The first product off this project is the AFRIKA21 MIXTAPE, a monthly mixtape that will feature songs highlighting the work of Africa's young musicians who are re-defining African music and the continent in general. Listen to and download the first mixtape below, featuring some of our faves including Baloji, Nneka, tabi Bonney, and more.