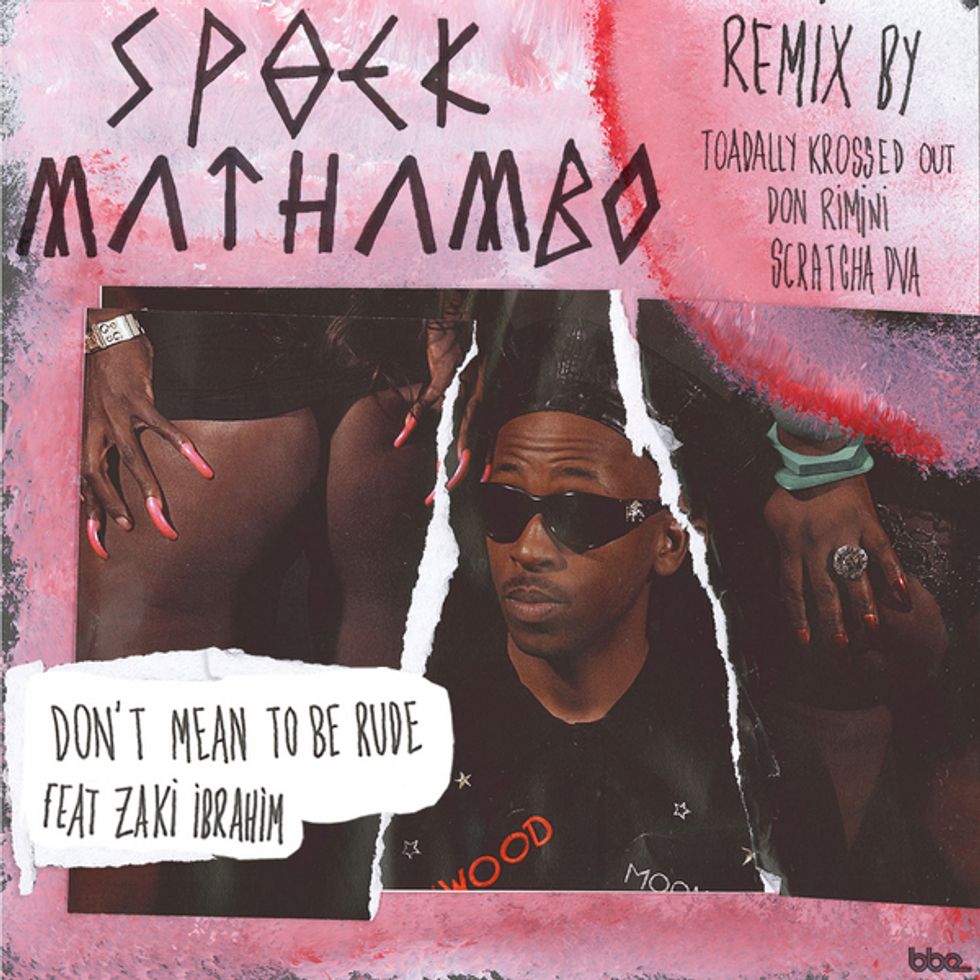 South African new wave rapper Spoek Mathambo claims innocence on his latest single, "Don't Mean to be Rude," featuring Canadian avant-soul-singer Zaki Ibrahim, but I'm not buying it. This track was made for a dark, sweaty night club and Spoek raps softly throughout the song with the confidence of someone that knows exactly what he's up too. The track is an open invitation to the dance floor, which I suppose makes it less rude, and despite Spoek's "gutter mouth" and the grimy, syncopated beat (produced by London's LV) the song has a nice, playful vibe. So put the earmuffs on the kids while you check out Spoek's new track released by BBE Music below. Visit his Myspace page here.