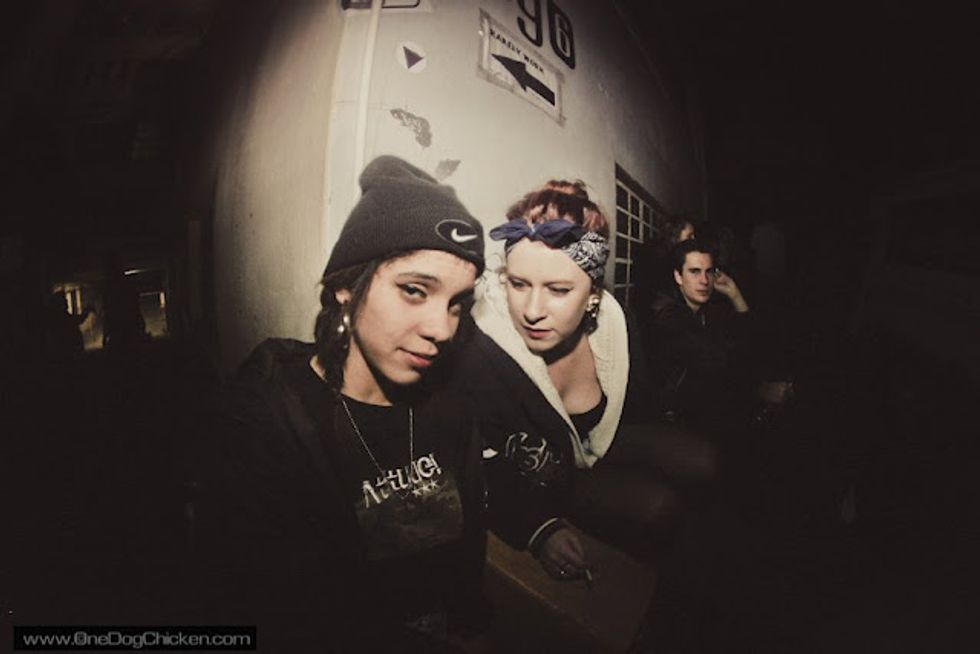 "There are two sides to every coin" - an analogy that accurately describes the South African music scene at the moment. On one side there are the commercial genres of kwaito, house, and on the catchup, hip hop. On the other side, there's the more forceful and dynamic underbelly of electro-dubstep, which has acquired a cultish appeal. The city of Cape Town has become the dungeon of SA music, breeding a plethora of experimental alternative musical acts expressing their genius through A.D.H.D and afflicted sounds to the intrigue of global markets underground or commercial alike.

The Cape Town-based duo, the Exorsistahs take on the role of the badass female: "Exorsistahs, coming for ya mistahs…” The sound is quintessentially grunge with a ghoulish and esoteric twist, detached and desolate with the occasional catchy hook as a saving grace for memorability’s sake. Their debut song and video "You Lie You Die" (video above) has greatly appealed to the new-age degenerate “don’t give a fuck” youth world-wide and been showcased on many an alt culture blog (ha).

Also native to Cape Town is Sun-Do Q'lisi, this four piece band embodies the quirkiness and unpredictability of the electro-dubstep genre from their stage name to their stage presence. Their music has the least regard for concentration and the highest for experimentation and liberation as showcased in their teaser video (above). Their greatly mastered new audio release, "Azamah-oh-oh" (stream below) strikes the perfect balance of dance electro with head-banging dubstep bass drops complemented by convoluted colorful lyricism. It is yet to be seen how long the viral popularity of underground electro-dubstep music in South Africa will last, or more specifically, if experimental bands will assume a more permanent stance in the field. However, the most important fact to note is the existence of more than the average eye can see, and an abundance of creativity more than the most knowledgeable mind can conceive. The ideal of South African music is being shifted in a different direction most definitely.