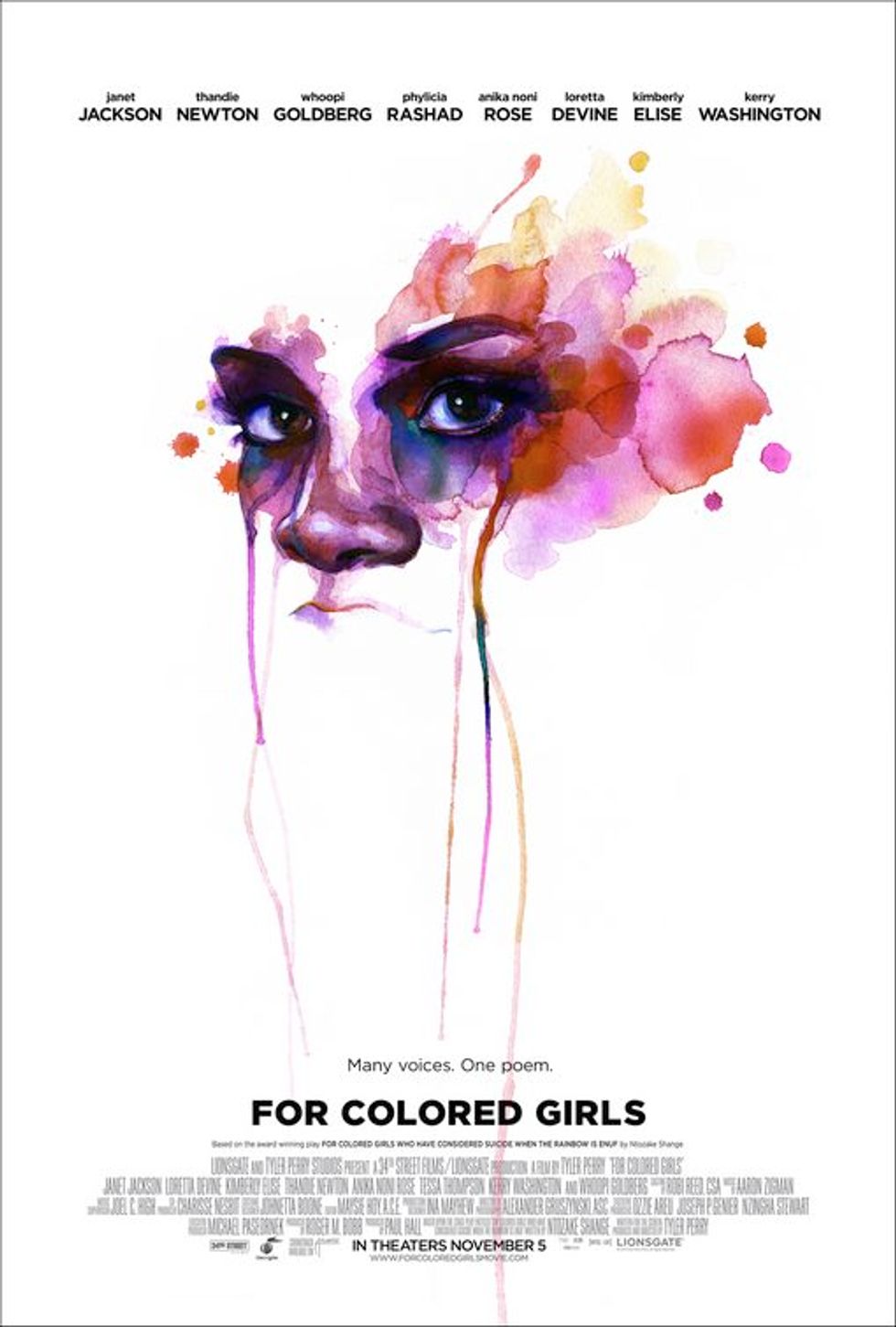 Tyler Perry is remaking Ntozake Shange’s 1975 Obie Award-winning play, For Colored Girls Who Have Considered Suicide When The Rainbow Is Enuf, cropping the title to a simple For Colored Girls. Consisting of an all-star cast, including Whoopi Goldberg, Kerry Washington, Thandie Newton, Loretta Devine, Janet Jackson and many more, the film showcases a collection of 20 poems revealing different issues impacting women in general, and women of color in particular. The soundtrack is equally spectacular, featuring the likes of Nina Simone, Estelle, Janelle Monàe, Sharon Jones & The Dap-Kings, Lalah Hathaway and South African/Canadian singer Zaki Ibrahim. Born in Vancouver, BC and raised between South Africa and Canada’s West Coast, Ibrahim's world was a constant blending of cultural diversity, which reflects in her music, a unique mix of soul, hip hop, and electro-acoustic. Check out "Ansomnia," her single on the soundtrack.

The soundtrack to For Colored Girls is available on November 2nd and appears as follows:

4. What More Can They Do – Laura Izibor

11. Without A Fight – Janelle Monàe