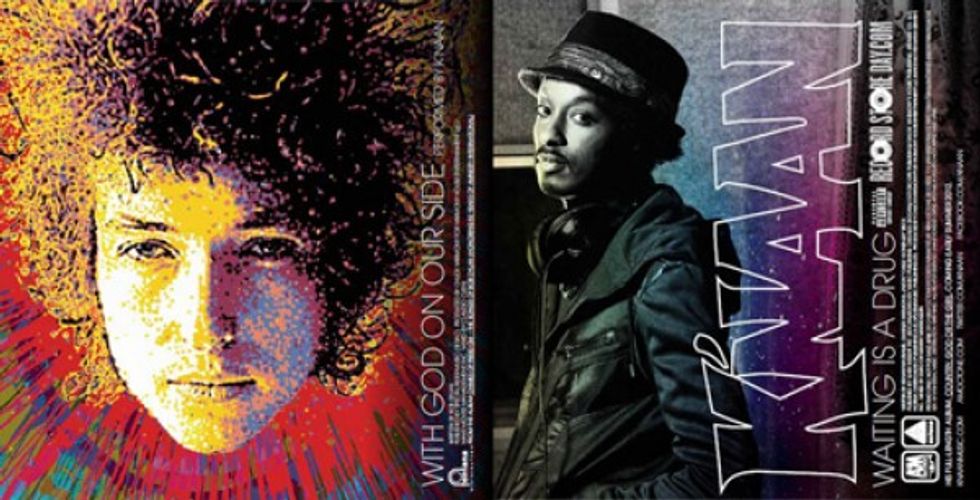 For Record Store Day tomorrow, K'naan will be giving away a free limited edition 7" at participating independent stores. The 7" will include unreleased track "Waiting Is A Drug" and K'naan's cover of Bob Dylan's "With God On Our Side", which was previously featured on an Amnesty International compilation. Stream the cover below and watch one of three fan-made videos for "Waiting Is A Drug" above (the rest can be viewed here).