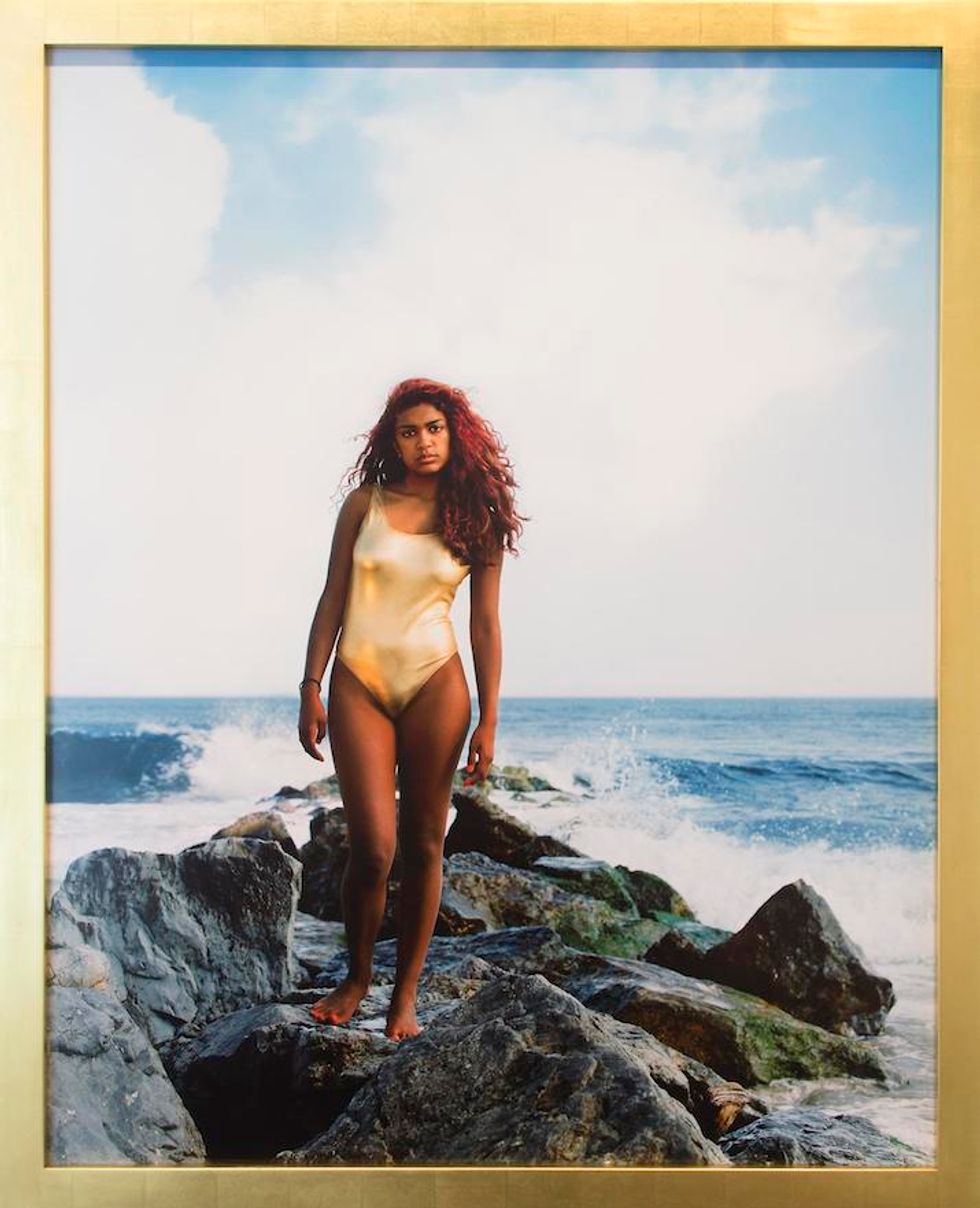 Ethiopian-born artist Awol Erizku gives the great art masters 21st century updates in The Only Way is Up at NYC's Hasted Kraeutler Gallery.

The Only Way is Up for emerging talent Awol Erizku after debuting his photo, sculpture, and installation exhibition at the Hasted Kraeutler Gallery in New York City. Born in Ethiopia, 26-year old Erizku wants to remove the “black art” connotation from artistic dialogues. It’s a very bold approach for such a young artist, but Erizku’s latest exhibition tells us that he is ambitious and serious about it.

The Only Way Is Up debuted in June 2014 and it sought to give the great art masters “21st century updates.” According to Hasted Kraeutler's website, the show took its title from a Quincy Jones record and consists of "re-contextualized and re-purposed ready-made objects." In an interview with Complex, Erizku explained “With the show, I am trying to create a new vernacular, in terms of how you see my work and black art as being universal.”

Erizku, who completed his B.A. at the Cooper Union in 2010 and received his M.F.A. from Yale, recently curated a group show entitled Deep End: Yale MFA Photo 2014, a presentation of work by photography recent graduates at Yale. The exhibition is currently on its third and final run at the Los Angeles gallery Diane Rosenstein Fine Art. The show features photography, video, sound installation, textiles, sculpture, performance, and mixed media by five men and five women who are testing the limits of their chosen medium.

Erizku says his first inspiration came from the Bronx where he wanted to paint a more positive outlook on the youth of his community who were subjects of harsh and critical stereotypes. Though Erizku’s subjects may appear mundane or even unappealing to some, he seeks to bridge the gap on how people define beauty by working with these “unappealing” subjects. “‘Hidden in plain sight’ in my work extends to the people I photograph," he told Palladium Boots. "To me, they are beautiful but they aren’t models. Finding a regular person and seeing the beauty in them and wanting to work with them and photograph them is a kind of discovery.”