On Azealia Banks & Not Being African Enough 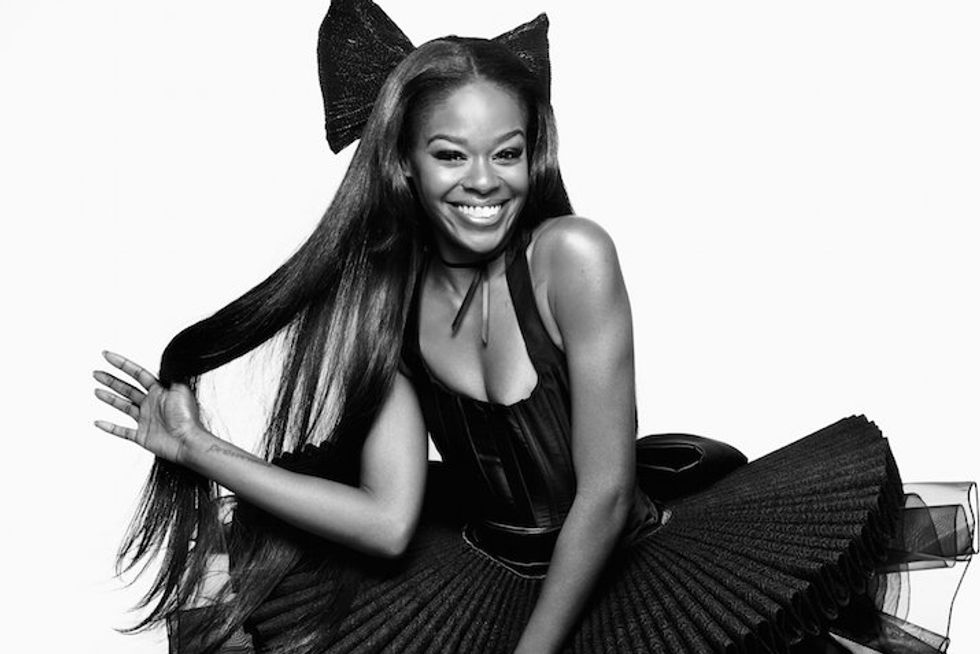 Azealia Banks was told not to claim Africa. Nigerian-American creative Ifeanyi Awachie had this response.

This evening, I tweeted a supportive response to Azealia Banks after she tweeted that she had been called a “nigger,” a “slave” and a “gringo” by an African male on Twitter. Azealia happened to retweet it, and immediately I was flooded with replies from presumably Nigerian Twitter users telling me that I’m crazy for claiming her on behalf of Nigeria, that Nigeria doesn’t want her, that I’m less Nigerian for claiming her, etc.

Yeah. I’ve been told I’m not Nigerian enough my whole life. I, who was born in Nigeria to Nigerian parents who were born and raised in Nigeria. Like Azealia, I was rejected by certain Africans when I went back to Nigeria for the first time–though much more subtly. As I discuss in my book, certain Nigerians found every opportunity to remind me of the many things they saw as my failings as a Nigerian, the things that made me too American, everything from my lack of fluency in Igbo, to my diet, to my unfamiliarity with Nigerian customs. The same thing happens to me when I meet certain Nigerians and Africans in the US.

I have to infer that it’s easy for Nigerians who have never left or rarely leave the country to act this way, to hold so tenaciously to a nationality that, mind you, was originally fabricated by white men, as if others’ claims to it threaten your own authenticity, to lash out against members of the African diaspora without empathy or understanding, to ignore the history of slavery or worse, use it against African-Americans as Azealia’s Twitter abuser did, or to refuse to accept the fact that there are diverse ways to be African and Nigerian.

And what exactly is it about Azealia Banks that you want no part of? In my opinion, she is one of the only African-American female artists at her level of visibility (shoutout to Nicki Minaj and Claudia Rankine among others) who openly and uncompromisingly reprimand white institutions, the same institutions who at their core see all you “real Africans” as illiterate, impoverished, savage, dirty monkeys, no matter what you otherwise know to be true, no matter how well you think of yourselves or how highly you carry yourselves. Need I remind you of the anti-African hatred that Ebola unleashed, to say the very least? Azealia’s sense of self, her strength and her enormous talent are far more valuable than your hatred for her is, and contribute far more to global consciousness about the strength and vibrancy of people of African descent.

The only time I feel ashamed to be African is when I hear Africans express hatred for African-Americans and others they deem not African enough. I wish more continental Africans would take a moment to see beyond their perspectives and acknowledge that diasporan Africans exist and are valid. I’m not even asking you to “accept” us, I’m just suggesting that you consider our experiences. But then, we thrive and cultivate our Africanness without your affirmation every day.

Ok you idiots quarrel amongst yourselves. I have to go bond with YEMAYA and my eggun and figure out how to find sushi in Mexico. Bye !!

Think about it. Goodnight pic.twitter.com/hvOkRXgXHo

Ifeanyi Awachie is a Nigerian-American creative. She is a writer, photographer, and Curator of AFRICA SALON, Yale's contemporary African arts and culture festival. She recently published the book "Summer in Igboland," which through words and photography aims to change the narrative about her birth country, Nigeria, to a more nuanced and authentic one. Follow her on Twitter @ifeanyiawachie.

**Ed. note: The following sentence was updated to include the word "certain" before Africans and Nigerians: "Like Azealia, I was rejected by certain Africans when I went back to Nigeria for the first time–though much more subtly. As I discuss in my book, certain Nigerians found every opportunity to remind me of the many things they saw as my failings as a Nigerian, the things that made me too American, everything from my lack of fluency in Igbo, to my diet, to my unfamiliarity with Nigerian customs."