B3nchMarQ and the Art of Making Something From Nothing 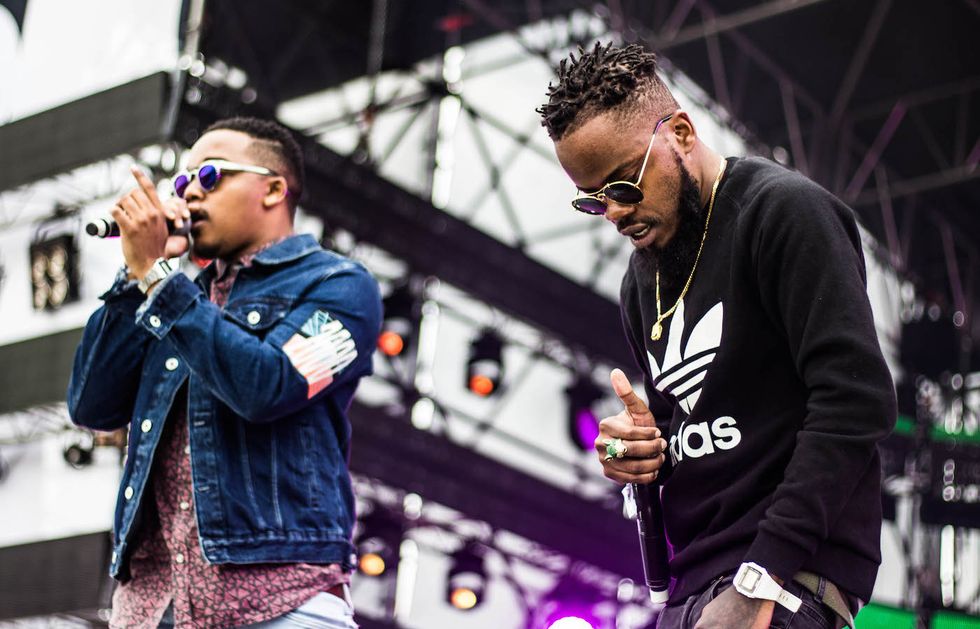 B3nchMarQ's EP consists of great songs that don't require much from the listener—but it bangs.

There's nothing groundbreaking about South African rap duo B3nchMarQ's debut release ASPEN EP. But one indisputable fact is that it bangs.

It hasn't been clear what the duo, which consists of rappers TKay and P. Jay, is capable of doing. The singles they released under the label they were previously signed to Ambitiouz Entertainment–"Bonang," "Get Lit," "All on Me" – were lukewarm.

I only found a reason to take the duo seriously when they released "Wayse" featuring Ice Prince. Like, how perfect is that song?

On ASPEN EP, the duo enlists the services of the young producer IceMan Beatz to create one of the strongest releases of 2017.

Even though there are a few clever lines on the project, lyrically, B3nchMarQ don't offer much to write home about. I mean how weak is a line like, "Coupla niggas like to gossip/ And now you hide your head, you like a foreskin"?

But what the duo and their producer got right was the project's overall feel and quality, song structure and memorable songs.

IceMan Beatz's production is near flawless–from the way the kicks and bass lines knock, to the crispness of the selection of the pads he uses, which switch between warm and smoky.

TKay and P. Jay got it right, with just enough singing to compliment their raps. Some of their meh lines are made up for by impressive delivery. P Jay switches flows where necessary. TKay sounds comfortable, and his vocal projection is pleasing to the ear.

And every now and then you bump onto double entedres like "Thol' ukuthi hey/ All this shit is just a phase."

ASPEN EP may not contain lyrical content on Shane Eagle, Reason or Stogie T levels, but it sure holds its own as a coherent body of work that wins in its synergetic combination of instrumentation and vocals. The subject matter revolves mostly around hustling, making dough, and making the best out of your situation in a way that's not preachy, but relatable.

What B3nchMarQ created are listenable songs that don't require much from the listener. Maybe just a realization that there is something to be celebrated in artists who can make the best out of their abilities and their limitations. And nothing sounds forced.