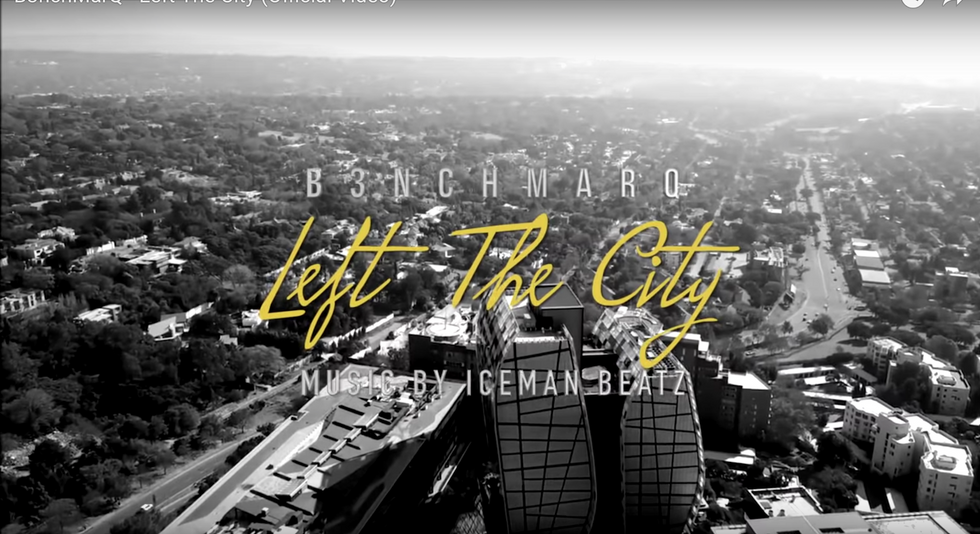 South African hip-hop duo B3nchMarQrecently released a music video for "Left The City," which is the opening song for their debut album, 2018's We Had Hope.

In the song, the rappers chronicle their personal growth and their adventures in the industry. Coming into their album, B3nchMarQ had a lot to get off their chests. Their highly publicized departure from the label Ambitiouz Entertainment was still lingering above their heads. The album's title may or may not be making a reference to their short-lived relationship with the label.

"Left The City" starts with a phone call between a mother and a son. She's explaining to him how to prepare chicken livers. This is a sign that the son just moved out of his house, and must now start taking care of himself, which includes learning how to cook.

Read: Watch Stogie T Globetrotting In The Video For 'Honey and Pain'

Over a key-laden instrumental, the MCs spit emotive verses about their aspirations, the means they have deployed to better their lives, and they sound hopeful about the future.

The music video follows the song's story arc, and plays out like a mini documentary. The video consists a montage of clips filmed in different occasions, and together they give you a slight picture of their journey. You can see the crew in studio, performing and doing interviews.

B3nchMarQ released their 17-track debut album last year, and it saw them attempt to be more expressive in their rhymes, telling personal stories as opposed to gunning for potential chart toppers as they did with singles like "Bonang" and "Get Lit."

Watch the music video for "Left The City" below, and download We Had Hopehere.

Read: B3nchMarQ and the Art of Making Something From Nothing