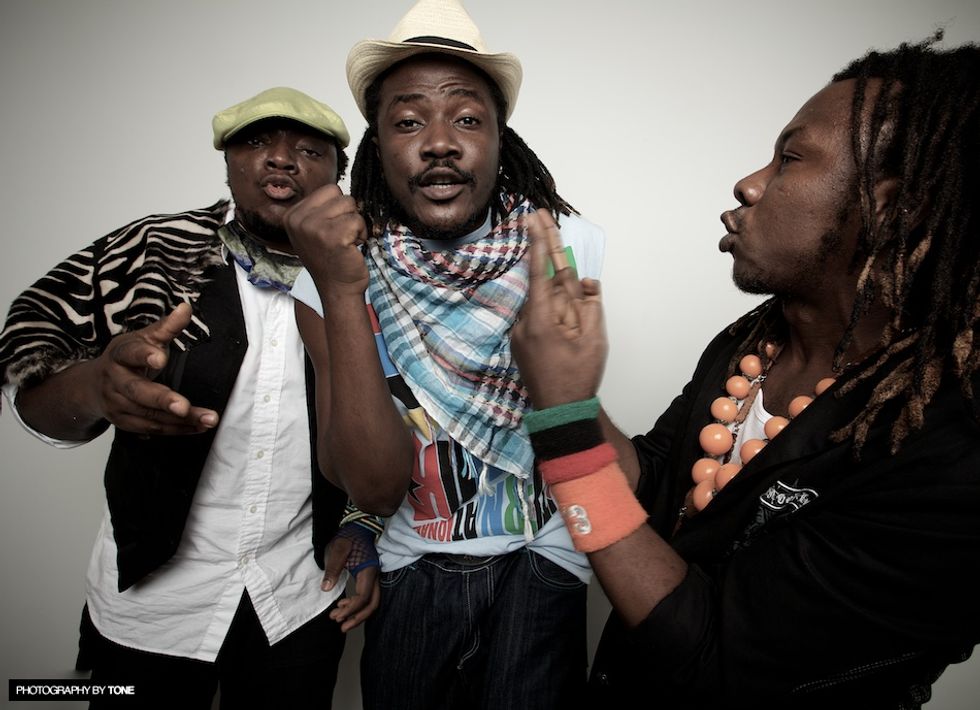 In the run-up to their upcoming self-titled release on Nat Geo Records, Bajah + the Dry Eye Crew - Sierra Leone's biggest superstars - will be releasing a series of tracks for FREE. The first one in the series, "War Don Don," was written as the title track for the multi-award winning documentary which explores and debates the UN-backed war crimes tribunal that took place after the 11-year civil war in Sierra Leone. Listen to "War Don Don" above, and enter your email address to get the track and alerts for the next free downloads.

Below, Bajah, A-Klazz, and Dovy talk about their personal experiences during the war.