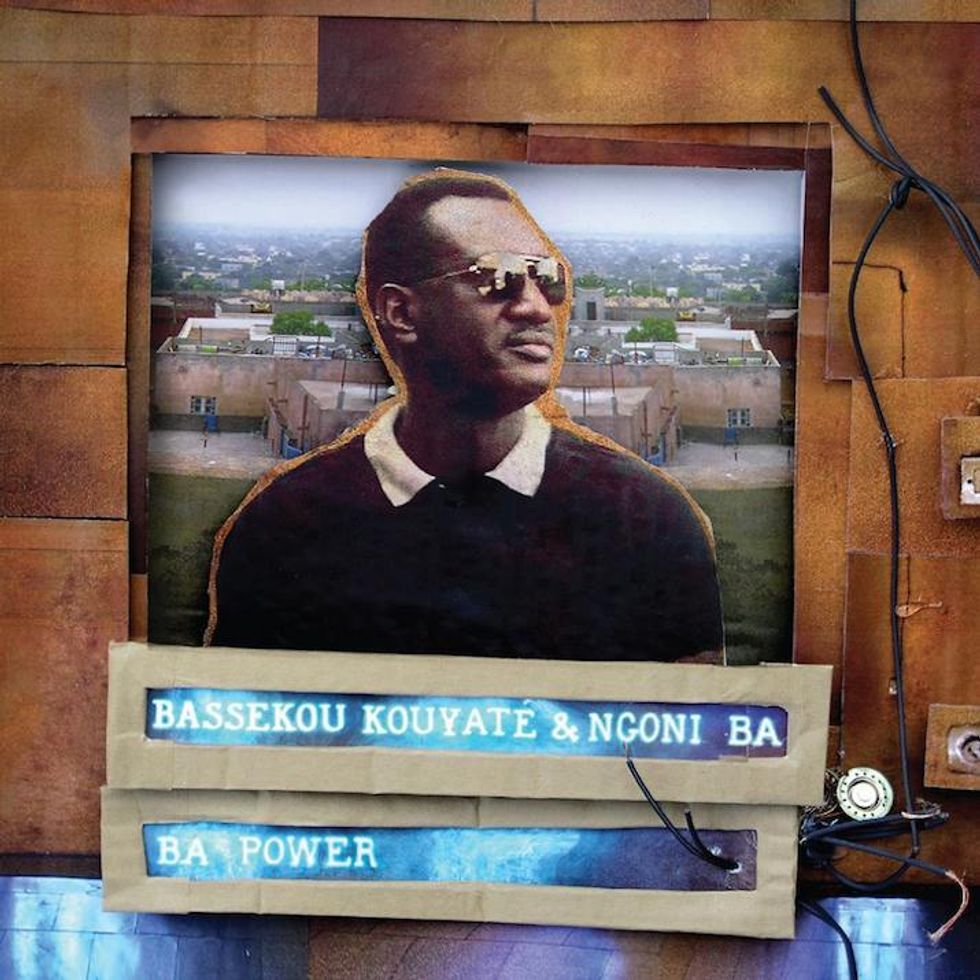 Ahead of the release of Malian ngoni pioneer Bassekou Kouyaté & his band Ngoni Ba's fourth LP Ba Power later this spring, Kouyaté and the group are sharing lead single "Siran Fen" along with an album video teaser. Providing a snippet of the making of Ba Power, the John Bosch-shot teaser shows Kouyaté in his hometown of Bamako as he records his new LP in his son Mamadou's studio. Throughout the clip, which plays like a mini-documentary, a narrator informs the viewer that the musician brought the wah-wah and distortion pedals to the lute-like ngoni and Kouyaté reveals that the instrument has been in his family for generations and continues to be played by his son.

Though some of Kouyaté's ngoni playing can be heard in the album teaser, the artist's technique explodes in "Siran Fen," a feast of ngoni spikes, rapid drums, and impassioned vocals from Amy Sacko, Kouyaté's wife. Ba Power, which was produced in Mali by Chris Eckman, joins Malian musicians such as Samba Touréand Adama Yalomba with Western artists like Jon Hassell and Dave Smith. Speaking about the LP, Kouyaté mentions: "'Ba' in Bambara means 'strong' or  'great' and it also means 'group.' I called the album Ba Power because I think the messages on it are very important and strong, and it is also definitely the album with the toughest sound I've ever made. I want these songs to grab as many people as possible.”

Ba Power will be released in CD/LP/Digital formats on April 27 via Glitterbeat Records. Bassekou Kouyaté & Ngoni Ba will have an album launch show for Ba Power on May 31 at London's Scala. The band will also perform at the Cheltenham Jazz Festival on May 3 and the Wychwood Festival on May 30. Watch the album teaser for Ba Power and listen to "Siran Fen" below.