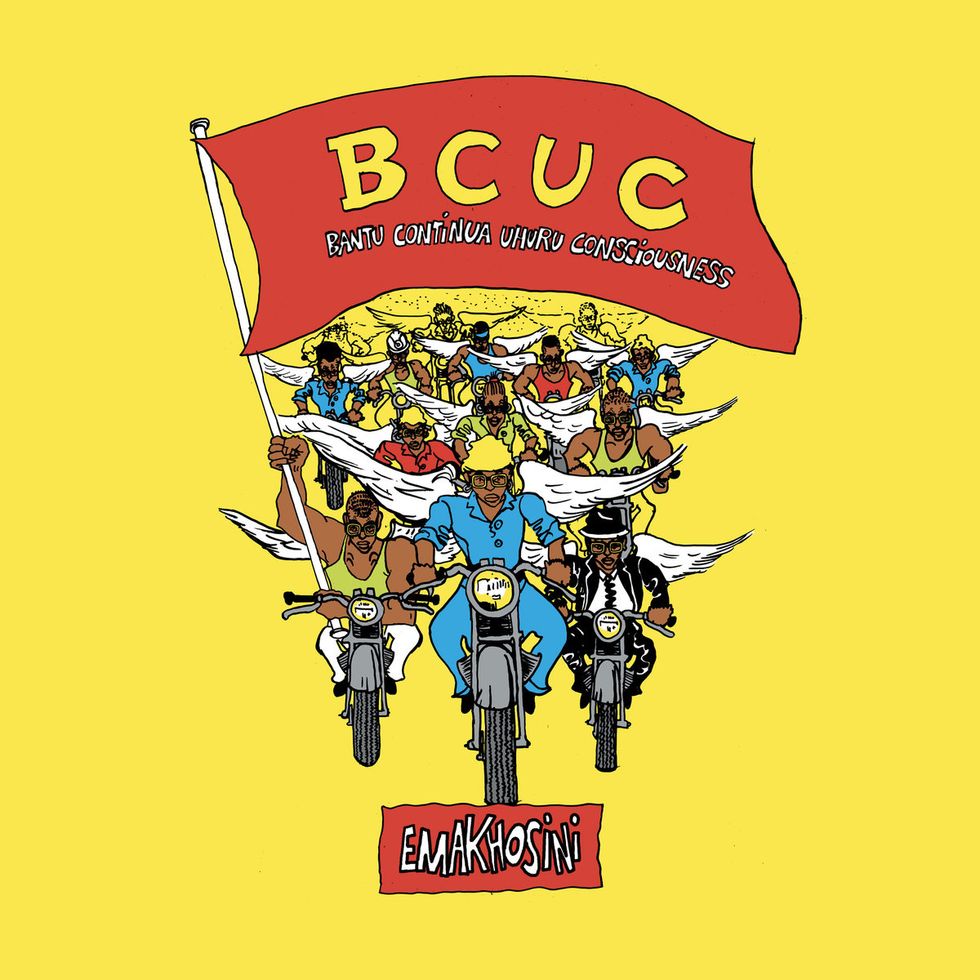 The 'Emakhosini' consists of three songs and spans a whole 40 minutes. Get lost in it.

When I was growing up in Swaziland, every now and then, I would be exposed to sangomas and gatherings involving the honoring of the ancestors. I observed some rituals being performed. Those rituals involved a lot of signing, dancing, chanting, screaming, stomping of the ground and the sound of drums.

The music of BCUC, aka Bantu Continua Uhuru Consciousness, the 7-piece "afro psychedelic" band from Soweto, reminds me of those ceremonies.

The singing contains the same eeriness. The bongo drums create an environment that makes even the faithless consider that maybe there's more to life than meets the eye.

Just like on their 2016 debut album, Our Truth, the band's latest album, Emakhosini, is hypnotic. It contains just three songs that are, on average, 15 minutes long each. Only the third song, which is the album's lead single, is the standard length at 3:25.

It takes a lot to make long songs long that feel short. And the songs on Emakhosini aren't just long for the sake of it. It's like a long form essay that boasts colorful details that you can't fit in a byte size piece. The songs on the album often feel like many songs preceding each other at times, but the ever-present bass guitar and percussions always tie them together.

The songs meander, contort, dip and peak; with extensive transitions in between that make all these changes make sense.

The music is highly spiritual in nature—"Nobody Knows" plays out like a Zion church hymn, and the chants and screams just remind me of church. It's the bongo drums and the rapping (if I may) that give it a twist.

The first two songs are like the soundtrack of the rituals and sessions I mentioned earlier. As the name of the album says, you are among your ancestors and kings.

Emakhosini will hypnotize you for a whole 40 minutes, and just like with most pieces of art that are highly spiritual, the effect will differ from one individual to another.