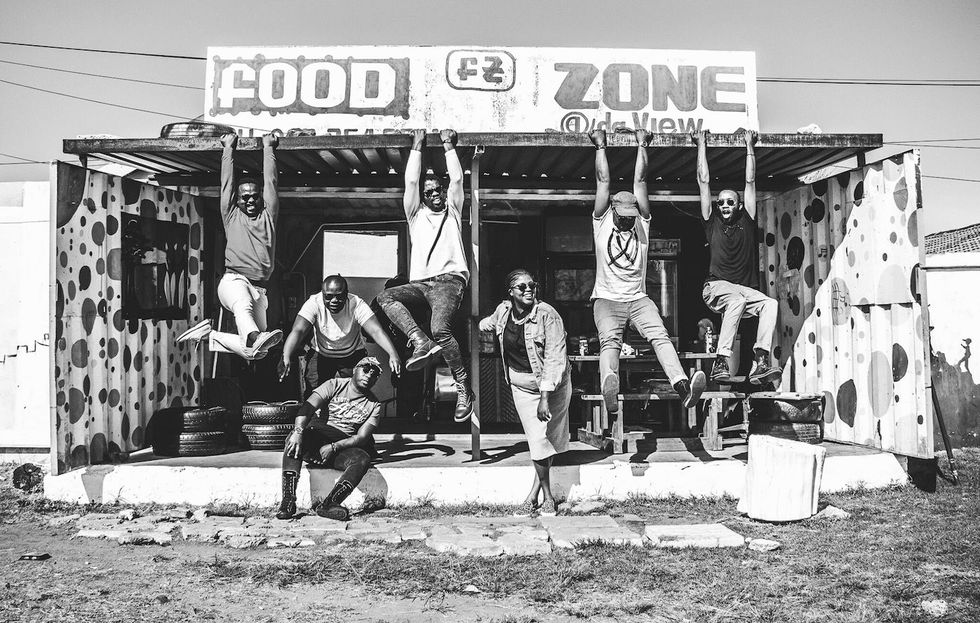 Soweto-based band BCUC (Bantu Continua Uhuru Consciousness) make music for the people. In their latest video for the song "Nobody Knows," which we are premiering here, they make art with the people.

The video's establishing scene is of ordinary Sowetans recounting their experiences of growing up in the apartheid days. Then shots of present day Soweto are intercut with clips from the struggle.

"The song and the video," says Jovi, the band's lead singer, "are talking about the resilience that we need to have in these hard times (politically). We already have been through the hardest times and we can't give up now. We can't be busy attacking each other, we need to keep the eyes on the ball.'

"The concept for 'Nobody Knows' came about over time talking to BCUC," says the director Chris Kets. "The song itself speaks to the idea of people's struggles going unnoticed. With Rhodes Must Fall and the taking down of the statue, we began the discussion of who or what needs to be memorialized. In the video we were trying to create our own statues out of ordinary people from Soweto, and in this way, highlight the struggles of everyday life in the bigger context of South Africa's struggle for freedom and the role ordinary people in Soweto played in that."

The song itself, just like most of the band's music, is guaranteed to touch untapped corners of your soul and awaken spirits that have been sleeping for ages. The hook, which goes, "Nobody knows the things I've seen," is sung in a church choir style, accompanied by imbongi-style poetry.

Watch the video for "Nobody Knows" below: