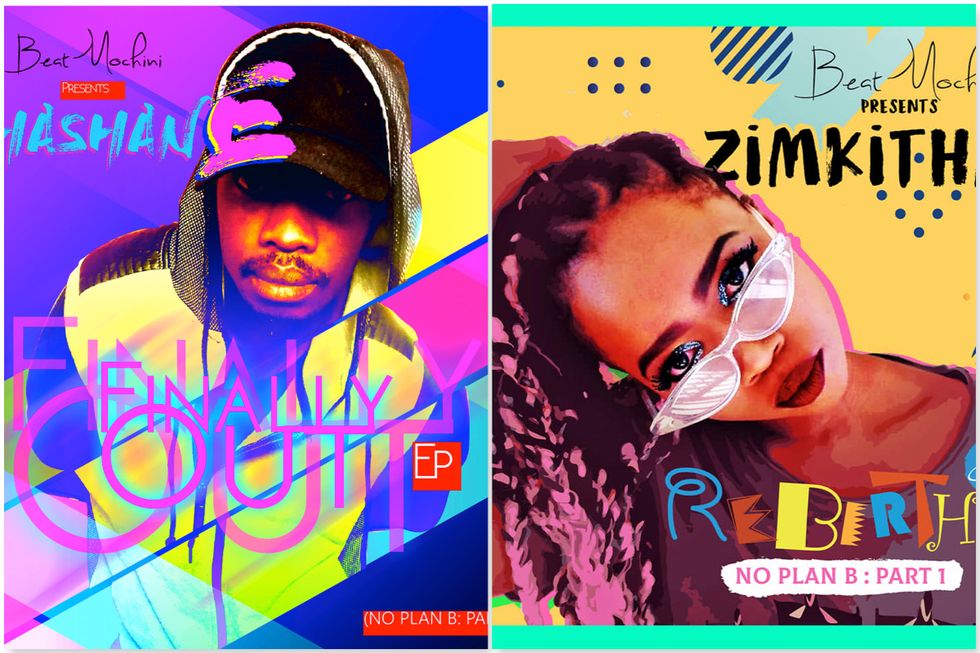 The South African hip-hop legend dropped two EPs in less than a week.

South African hip-hop legend, Pretoria-based producer Beatmochini aka Trompie is not here to play games. He's still letting the music do the talking.

After releasing a stellar album last year, I Am Also Human (which made our list of the best SA hip-hop releases of 2018), the producer has released not one, but two EPs, and we are only two weeks into the year.

The first project, ReBirth EP (No plan B: part 1) by the singer Zimkhitha, dropped last week. Beatmochini's clean production meets the equally pristine and soulful vocals of Zimkhitha. In just four songs, she covers various topics ranging from ambition, spirituality and love, among others, and she showcases the dynamics of her vocal abilities and varied singing styles.

The second project, which dropped today, is titled Finally Out EP (No plan B: part 2) and is by the MC KhashanE, who the producer has collaborated with many times before. As a result, their chemistry is undeniable. KhashanE's one of the most potent South African MCs to come out in last decade or so. And on the EP's seven songs, he displays his great traits—from clever similes and metaphors, great storytelling and crisp and surefooted delivery. His vocal projection sits perfectly over Beatmochini's warm and polished boom bap production.

Look out for guest appearances from some of Pretoria's finest MCs in the form of Ras and Bizz ATV, who appear on the EP's standout song "Think Twice."

The song "Time Flown By" is also gripping; it plays out like an inside joke for golden era hip-hop fanatics. If you don't get the references, it's just not for you.

In both EPs, Beatmochini showcases his diversity—as much as his sound has an underlying uniformity (it's mostly warm boom bap that will sound like butter on your headphones), no two songs on both projects sound alike.

Beatmochini is a serial collaborator, and has mastered the art of crafting solid songs and projects with artists—none of the two EPs sound like an instance of him and the artists haphazardly exchanging beats and vocals. Instead, both projects show evidence of thorough craftsmanship. It all comes with years of practice.

In case you are not familiar with Beatmochini, revisit this 2015 interview we did with the producer here.