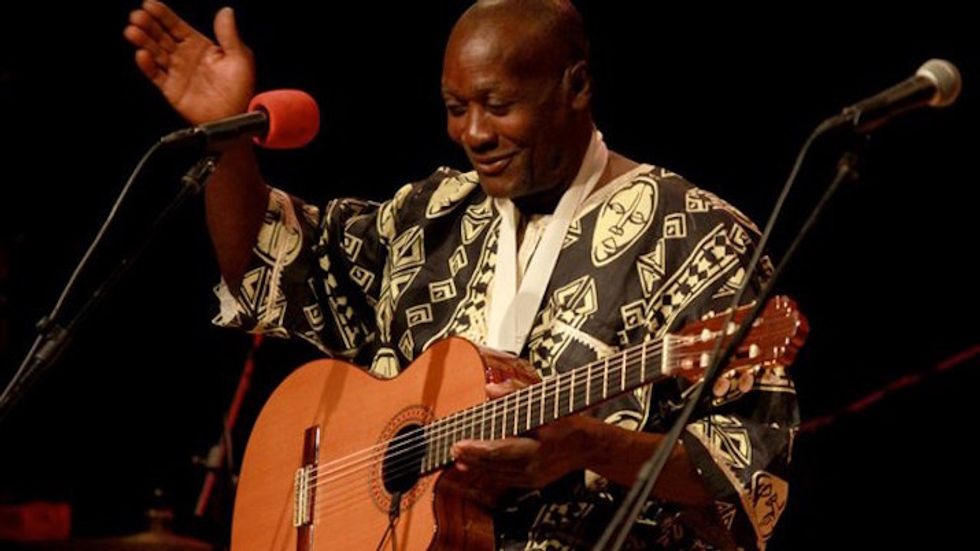 Haitian singer-songwriter Beken has faced many hardships in his life, he lost his leg in a car accident at the age of 12 and he was one of the many Haitians to suffer through the aftermath of the catastrophic earthquake that devastated the nation in 2010. Though Beken has seen great struggle, his circumstances have never prevented him from creating a soulful and melodic brand of Haitian folk music in the style of Twobadou — a form of Haitian music that blends poetic, Creole lyrics with understated acoustic melodies and accordions.

Beken's music gained popularity in Haiti and he briefly toured the U.S. in the 1980s. After a prolonged hiatus, Beken was rediscovered in 2010 while living in a camp for displaced persons where he caught the attention of photographer SimonRomero, who was moved by Beken's music after hearing him sing through a window in the camp. Producers Chris Donahue and David Macias of Thirty Tigers soon caught wind of Beken and his spirit-filled work and they felt inspired to help introduce the songwriter to a new audience. Donahue and Macias helped produce Beken's newest album Troubadour, a tuneful yet melancholic record that effortlessly captures the mood and spirit of the Haitian people following the devastating event.

Troubadour is Beken's first release under a U.S. label; his warm vocals along with the soothing guitar melodies that permeate the album, make for a delightful and calming listening experience. The 10-track album includes an array of expressive songs, all sung in his native Creole, and influenced by the Haitian méringue and Cuban guajiro styles. His latest single "Woulman Zanmi" is one of the more upbeat songs on the album, a vibrant offering that reflects the charm and liveliness of traditional Haitian music. Beken's compositions are a wonderful introduction to Haitian folk music for those who are unfamiliar with the sound. Listen to Beken's latest single "Woulman Zanmi" along with the rest of the album below.