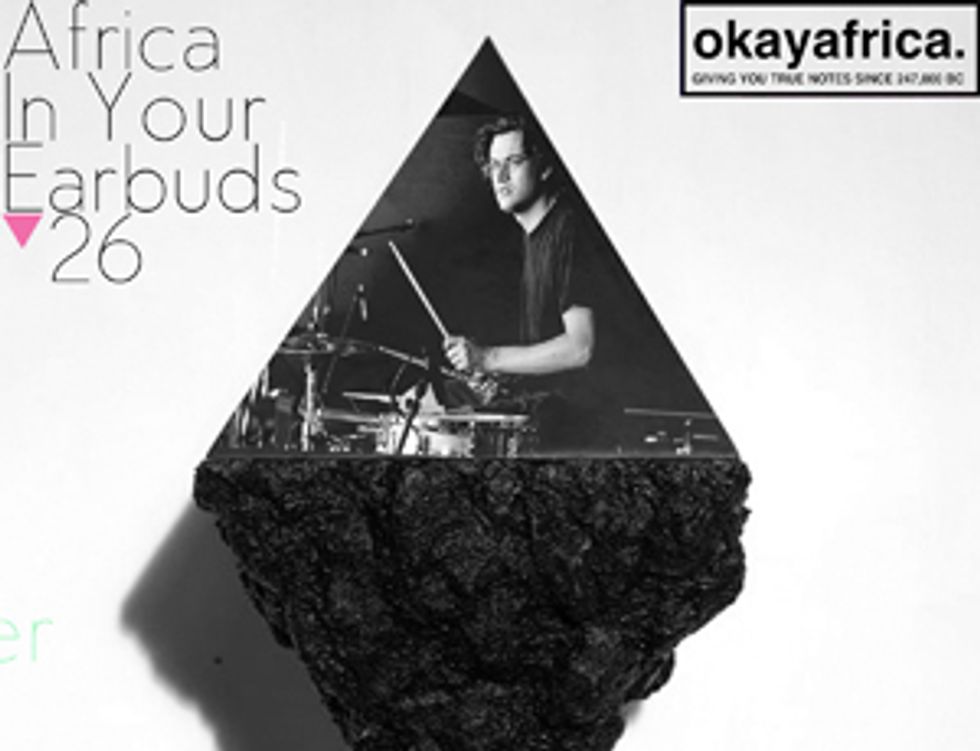 When he's not touring as James Blake's drummer, percussionist/DJ Ben Assister can be found playing with London outfits Ruby and The Vines and Fur. Assiter developed an interest in African music through friends, which was cemented by a musical pilmigrage to Senegal and Mali. He tells us, "As a musician, and particularly as a drummer, I find it difficult not to be inspired by the wealth of different music that has come out of the African continent."

In Africa In Your Earbuds #26, Ben Assiter compiles a meditative, all-vinyl mix. The mixtape features a premiere of "Biannual Coffee Cups" by his group Fur, as well as tunes by Ruby and The Vines, Thomas Mapfumo, The Wings, and Owiny Sigoma Band. There's also a batch of tracks from around the globe:

I’ve included tracks from other parts of the world that demonstrate different forms of engagement with Africa. Technology has clearly had a big part in facilitating such cultural interactions... , and although I’ve been lucky enough to travel in Africa, the internet has definitely played a massive role in my African musical education. For me, several of the tracks have origins particularly close to home. There’s a small but lively African music scene in London, be it involving African artists who have relocated here, or local musicians who have been influenced by various African forms. I’ve picked a few tracks to play here which I feel have African inspirations below the surface somehow.

Gone With The Sun – The Wings [NIGERIA]