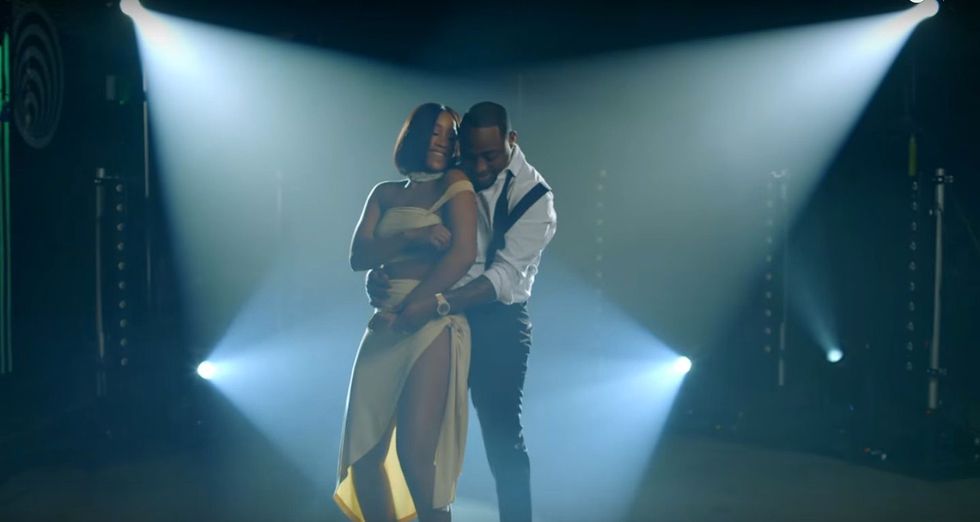 Here are the 10 best Nigerian afrobeats songs that came out last month.

In this new series, we'll be taking a look at what's been breaking the Nigerian charts & shattering trends, as we compile the 10 Best Nigerian Afrobeats Songs of the past 30 days.

From established names to up-and-comers, big releases to holiday specials, Juju goodness, catchphrases-turn-hit songs, highlife grooves, and a a big hitter back with a big single, check out our selections below.

The Nigerian-Ghanaian cultural exchange lives on in what sounds like a dope rehash of Seyi Sodimu’s “Love Me Jeje” (1997) by a fan who grew up to be Falz the Bahd Guy.

The video, shot by Mex, has tasteful Benetton colours that somehow blend well with the decaying coastal building set, in what must be Jamestown in Accra.

International Wiz has toned down the Surulere Wiz to some degree, but the gains have been plenty. Most recently of which is him taking home BET’s “Best International Act: Africa.”

One of his gifts is a head for simple and effective hooks. The big Drake collabo “Come Closer” only has two words in it and he's now even managed to make an afro beat produced by Major Lazer sound near legit with "Naughty Ride."

It's clear that Kcee’s “We Go Party” takes its cue from Wizkid’s “Pakurumo.”  What many might not say is that this Kcee version is just as good, specially with Olamide bringing in his authentic 'juju stank' (there is such a thing). It's simple: any party with Kcee and Olamide as a house-band will be one to remember.

Mystro, last seen as a mid-tier producer, is coming out as a solo artist. That's hardly a surprise and, what's more, he's done a good job of it. In this new track, a hot catchphrase ("Issa vibe") meets an in-sound (thank you, Ghana), add a Davido feature and you have a winner. Issa jam no doubt.

"If you have a good riff, stick to it," is what Tekno and producer Kris Beatz seem to be saying. The tag-team who previously brought you “Pana,” ushering in this period of calm afrobeats, return with “Samantha.”

For this one, Kris Beatz smooths some of the edges in the beat for “Caro,” which Legendury Beatz made for Wizkid & L.A.X. The songwriting is no different, as Tekno essentially substitutes “Caro” for “Samantha” whose own chorus is very similar to that of “Diana,” yet another song titled after a woman's name.

What really impresses is just how well Classiq has made Hausa work with trap. What's more, “Barka da Sallah” is the Hausa/Islamic equivalent of wishing someone a “Happy Christmas.” What adds extra delight is that this is all tongue-in-cheek but to a clueless ear, primed by the menacing trap beat, it would sound po-faced.

It's hard to resist the glamour of Venetian mask parties employed in the video for “Fall,” whose audio could also be called “If” redux, here to continue the wild success of the latter while posing as a different song altogether.

There's a two-second shot of Flavour in this video—looking straight into the camera bare-chested and whining slowly—which sums up the cheesiness in most of his videos. This often obscures the fact that Flavour, more than any other artist, has consistently and confidently established highlife in the current afropop sphere.

There are moments of impressive creative progress on Flavour’s new album, Ijele The Traveler, like when he croons and traps in Igbo on “Body Calling.” To ensure chart success here, he appears to have harked back to his earliest hit, “Ashawo,” but this would be the tropical edition produced by the aptly named Masterkraft. This one would fit well in any Carnival playlist.

D'banj “It's Not A Lie” ft. Wande Coal & Harrysong

It's not a lie, this is highlife goodness. And highlife impresario Harrysong’s exuberance matches that of D'banj, with some ad libs thrown in as jara.

The "One Dance" challenge (not an actual thing) carries on despite tepid efforts from the likes of Ed Sheeran and French Montana. In this edition, titled “Romantic Girl,” Kahli Abdu more than makes up for the past offenses by others.

Abdu’s feather-soft voice is a good match for the song's calming piano. He's also repurposed the chorus of an old favourite and made it his own. You'll hear Patra’s “Romantic Call” with a pinch of Mos Def/Yasiin Bey’s “Ms. Fat Booty” over a pleasant enough beat from frequent collaborator Kid Konnect. All of those elements combine to make a very decent song.