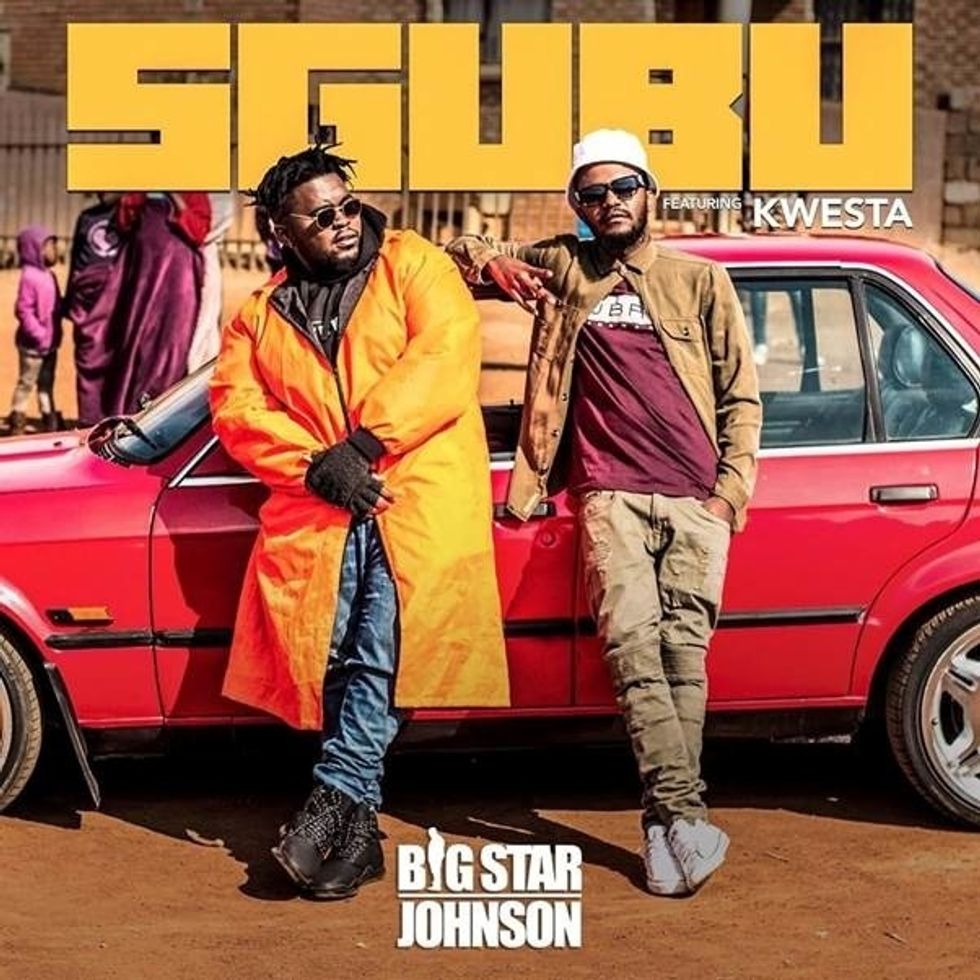 On the video for South African rapper Big Star Johnson's Kwesta-assisted single "Sgubu," you'll see pantsulas gyrating in All Stars and Dickies suits, reminiscent of kwaito videos of the 90s and early 2000s.

The song itself borrows from kwaito, from the loungey pads and big bassline, to Big Star and Kwesta's nonchalant delivery and kwaito references in their lyrics.

The hook is appropriated from the TKZee song "Mambotjie" from their classic album Halloween (1998), and there are plenty of lines from vintage kwaito songs on "Sgubu," so much that it feels like an inside joke only understood by those who grew up on kwaito.

If you are a fan of kwaito like this writer, you'll definitely love this video and this song. The video was directed by Joburg-based director Kuda Jemba, who also directed Big Star's video for "Pablo."

"Sgubu" is a single from Big Star's upcoming debut album, Me & Mines, releasing August 24th via the label Vth Season.

About the album, the artist says:

"Currently I'm at a place where I'm the most comfortable I've ever been in the industry. And I'm finally at a place where I feel I can express myself. I'm hella excited about the future and what it holds for me."

"Sgubu" is the third song we've heard from the album, after the jazz-influenced classic "Time of my Life," which dropped a few months ago, and "Closer," which is yours when you pre-order or pre-save the album. Judging from the three songs, Me & Mines should be a gem.

Watch the video for "Sgubu" below: