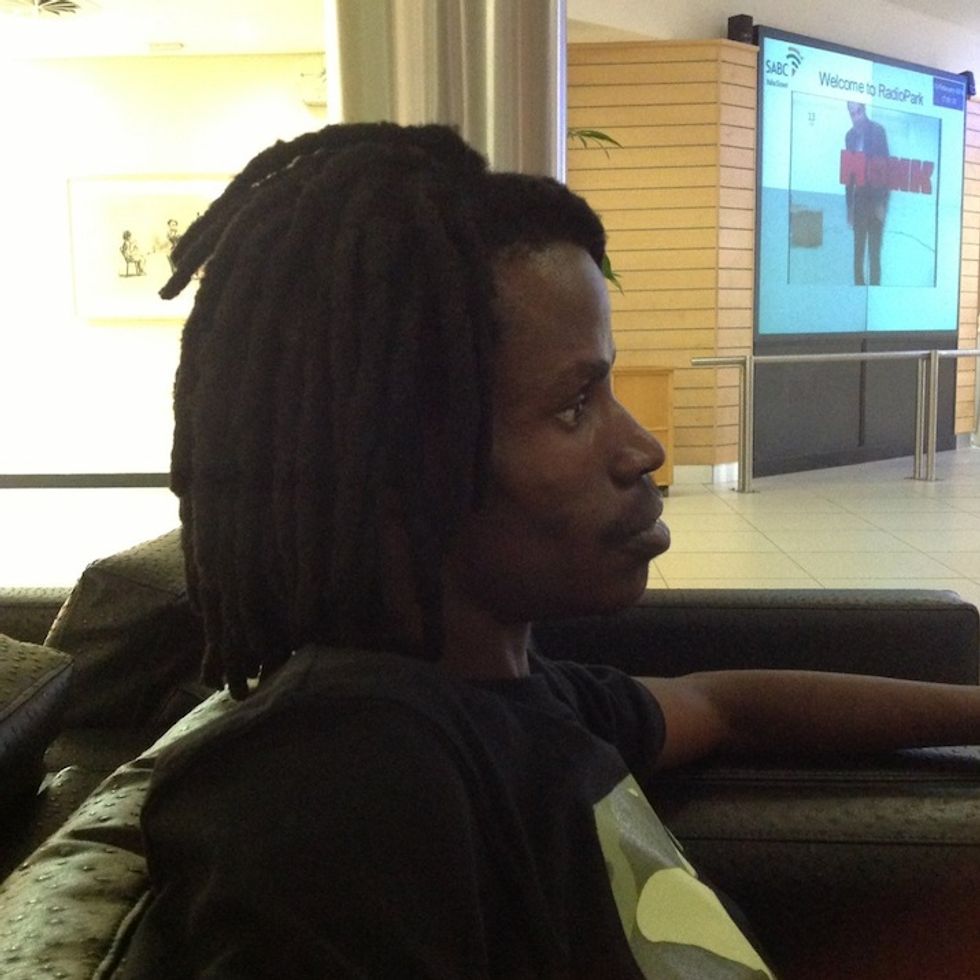 We tracked down Pretoria's hyper-agile MC Bizz Atv to talk about his influences and how "there's no platform for Pretorian emcees in Joburg."

We first came across the relentless flow of Bizz Atv on DJ Spoko's outstanding Africa In Your Earbuds mixtape. It was Bizz Atv's rhymes that kicked off that tape and, since then, we've been trying to find out more about this hyper-agile wordsmith who dubs himself "the illest MC in Pretoria" (we can co-sign that description). Below, we tracked down Bizz Atv via e-mail and got to know about his influences, the rough daily issues he deals with (police brutality, crime) and how "there's no platform for Pretorian emcees in Joburg." Read on and stream his 4-track 'Tell Me Why' release from last year below.

Where are you based out of?

I'm currently based in the west side of S.A.'s capital city... Atteridgeville which is also known as Phelindaba.

How'd you first get into rapping?

Well I heard 2pac's "Dear Mama" playing on a radio and I instantaneously believed that I can do it too.

You've got a very unique, fast-paced delivery to your rhymes. What rappers influenced your flow?

I love listening to Pac, Bone Thugs-n-Harmony and Outkast.

Your bandcamp mentions that Tell Me Why features themes of everyday life like "domestic violence, crime" — are these first hand experiences?

There's a lot going on my man... Police brutality and, believe it or not, most of the crime is committed by the police. I've also been robbed off my cash by the same people pretending to search me saying that I got weed. There's also some xenophobic shit going on man, it's like only people in Jo'burg are meant to make it into this 'dog eat dog industry.' I've been doing what I'm doing for the past 19 years without success cause of this artistic oppression.

You rap over a Jaylib beat on "Baira Hannyane." What contemporary producers or rappers are you listening to these days?

DJ Spoko mentions you have an upcoming EP on his label, how's the EP coming along? Is Spoko producing tracks for it?

I've recorded two tracks with DJ Spoko this year and I wanna kill this other beat that he gave me... it's off the hinges. I also got few dangerous beats from Justin Jay that I'm working on. The aim is to get different feel from different producers. I just wanna record as many singles as I can and release them online since there's no platform for Pretorian emcees in Joburg. Maybe you guys can help too. Brothers is scared of pure talent out here man... it's hectic.