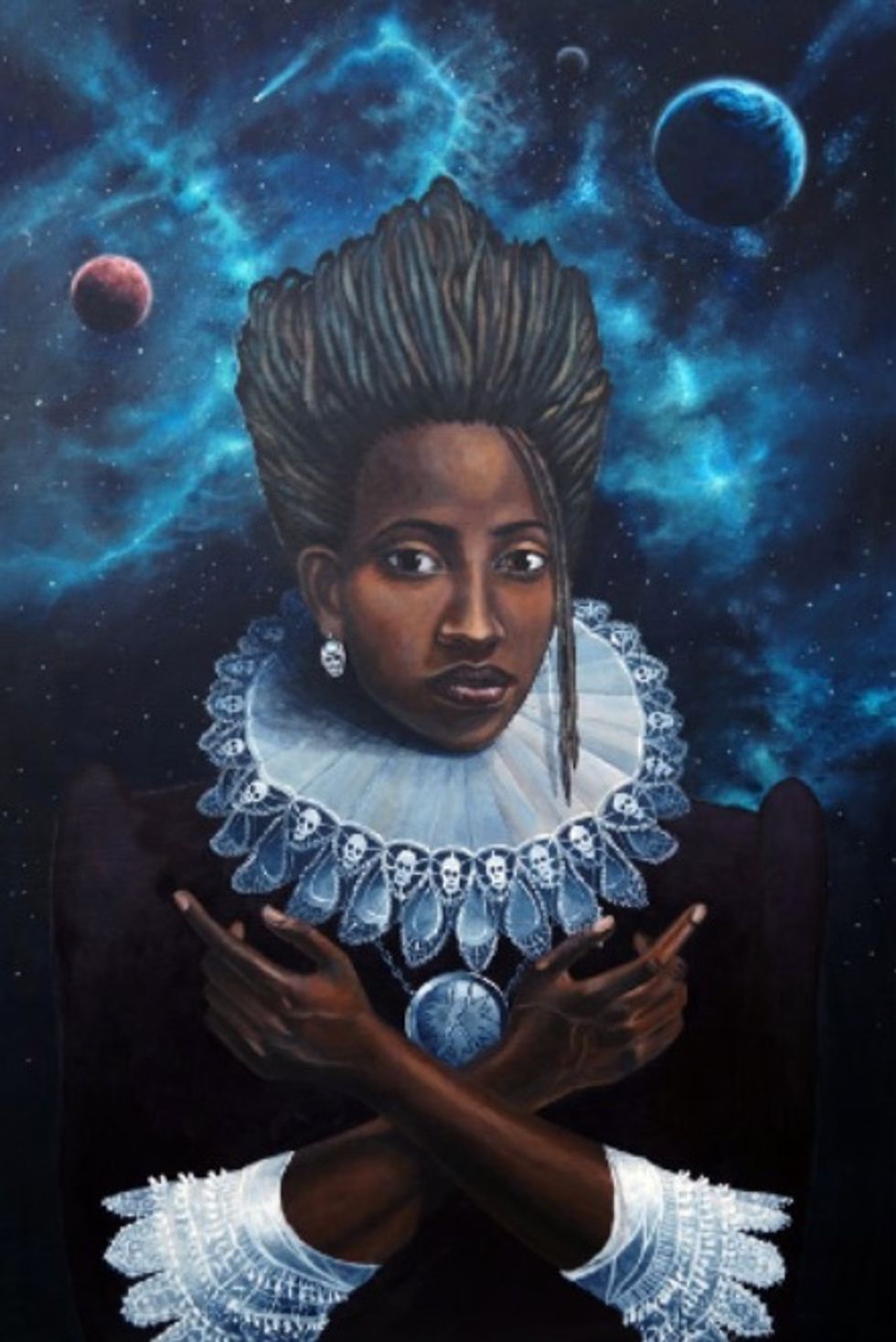 Okayafrica and the Program for African Thought at the World Policy Institute present the second in a series of stories at the intersection of politics, policy and culture in Africa. In the second installment, WPI’s Alexia Barbaro conducts a series of interviews looking at how contemporary black American artists are reexamining their relationship with the Continent.

Across the United States, museums and galleries are preparing to open their fall collections and exhibitions. Exhibitions held at the Brooklyn Museum, the Metropolitan Museum of Art, Museum of Contemporary African Diasporan Arts (MOCADA), and Museum of African Diaspora in San Francisco (MOADSF) are sure to include art from all different corners of the world, with African contemporary art becoming increasingly visible as people’s understanding of what constitutes African art, and Africa itself, expands. And with political and social landscapes across Sub-Saharan Africa changing, many are interested to see not just how contemporary African art will reflect these changes, but how black Americans artists will respond to the new views of Africa being portrayed.

Black American artists have long reflected on not only their experiences in America, but also their historical and cultural ties to Africa. Contemporary artist Kimberly Mayhorn notes, her own work “is always influenced and driven by the question of how does being a black body, and how has my history, informed me as a black woman in this world and a descendent from the slave trade, and from a country in Africa.” S. Ross Browne – whose work explores issues of representations of black culture, suggests an even deeper tie: “Even if I’d never heard of sub-Saharan Africa, I’d get my influence from it, because any aspect of African-American culture where there are black people there is an African influence. However deep and far the link is, there will always be a link somewhere.”

The interaction between black American and African work is not, however, limited to an effort to understand black American roots. With an increasing number of African artists gaining prominence in the west, black American artists are identifying both new connections to Africa as well as new areas of difference, which, they feel newly empowered to explore. Margaret Rose Vendryes, contemporary artist and art historian – whose own work has explored practices of masking in Mende society in Sierra Leone - highlights this opening in noting that “the fact that so many African artists have entered the contemporary arena with quality work being collected and shown, shows that African artists have finally become part of the of the global dialogue. Their entry as part of the community of black artists and black diasporatic artists has given and inspired African American artists to pay more attention to their own blackness, because there has always been a sort of hanging on to classical traditions.” In a sense then, the diversification of what is considered a “black space” in the art world is creating new opportunities for black American artists to explore blackness.

Black American art has also been noted for its commentary on political and social affairs as they pertain to the lives of blacks in the United States. For example, Glenn Ligon’s current exhibit at the Whitney Museum of Art, AMERICA, focuses on the complexity of the black experience in the US, and how it is inextricably bound to history. However, this focus on blackness has come with a cost as the label “black artist” has been used to segregate people into categories more often defined by museums and galleries than the artists themselves. According to Browne “if you say you’re a black artist, and you say your art represents black culture, you’re marginalized, you’re not a ‘real artist’, you’re doing ‘black art.’”

As African and black American art begin to interact more frequently, the question must be asked, will African art be marginalized in the same way black American art has? After all, as Browne makes clear, “it wasn’t that long ago that anything that was brought back by white folk that went to Africa, like a vase or a statue wasn’t really considered art, it was considered an artifact.” From this view, there was no sense of the present or even the existence of an actual artist – simply cultural remnants free to be taken and interpreted as one pleased. Already there are signs of this attitude- whereby place, meaning, and the artist themselves are removed from considerations- are recurring in contemporary art spaces. Will Karg, owner of Contemporary African Art Gallery in Manhattan, notes that from his personal experience of running the gallery for over 30 years, “buyers buying the work of art often know nothing about the meaning behind it, and the buyer usually gives it a completely different meaning.” Many of these buyers have been the very museums that pride themselves on showing contemporary African art, setting the terms by which both artists and their work come to be judged.

In the late 1990’s Ligon and Thelma Golden coined the “post-black-art” movement in an effort to reclaim the agency of black artists. For them contemporary artwork could address political and social issues of the black life, but still be seen as an expression of the individual, allowing that individual to define the terms and meaning of their own art. As we continue to be exposed to more contemporary African art, it will be crucial that we follow their lead and guard against old habits of marginalizing and ghettoizing black and African art.

Alexia Barbaro is a research assistant at the World Policy Institute.

**Correction: An earlier version of this article misspelled the name of Thelma Golden as Thelma Gordon.