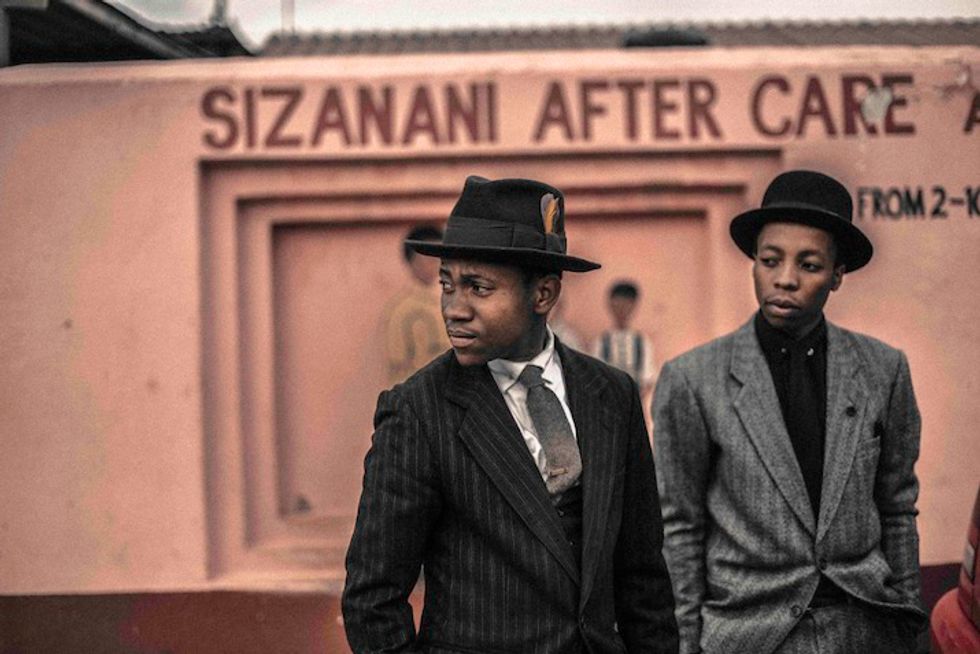 In 2014 South African photographer Anthony Bila, otherwise known as The Expressionist, began a tradition of commemorating various time periods in African history through words, motion picture and still photography with a project he calls Black History March. For the first installment, Bila teamed with Namibian style blogstar Loux The Vintage Guru on a nostalgic editorial shot in Johannesburg's Alexandra township with the Love Is African collective.

With a new March now upon us, Bila looks to the 1950s as the inspiration for the project's third installment. Shot in Soweto, the latest volume features still shots and a short film starring Wanda Lephoto and Kabelo Kungwane of Johannesburg style duo The Sartists. "The style of clothing during this period was clean cut and mostly conservative, the fashion really just reflected the state of mind that existed then too," Bila told us over email. "The 1950's were really significant because it was seminal decade for the North American Civil Rights Movement, as the momentum that had been created in the 1940's saw victories in Supreme court in the 1950's for African Americans and of course the rise of nonviolent protest with Dr. Martin Luther King becoming prominent at this time. In South Africa, the opposite was occurring [with] controversial legislation like the Immorality Amendment Act that essentially prohibited adultery or what was deemed 'immoral' acts by the government, this meant that sexual intercourse between black and white people was illegal."

Follow Anthony Bila (The Expressionist) on Tumblr, Instagram, and Facebook. For more, see Volume 1 and Volume 2 of Black History March. Read more from Bila on the project below.

Black History March is an ongoing project series, now in its third year, this project seeks not only to commemorate and remember various time periods in African history and its diaspora through words, motion picture and still photography but to celebrate it. The body of work through all three volumes serves as an ode to black history. Each volume of work speaks to a different time period, a different place, different people but all African.

I purposefully launched this project a month after the Black History Month actually occurred, it’s traditionally held in February but I wanted to dispel the notion that black history needs a ‘special month,’ the shortest month of all no less, dedicated to it as commemoration and remembrance of the rich incredibly vast history of Africa and its peoples.

My thoughts about black history are that it should be venerated just as any other significant part of history is, at every given opportunity. The name of the series is a double entendre. March being the month we are in and march in the sense that we soldier on, as a people moving forward but never forgetting to reflect and look back at where we have come from. Something I believe we should all do.