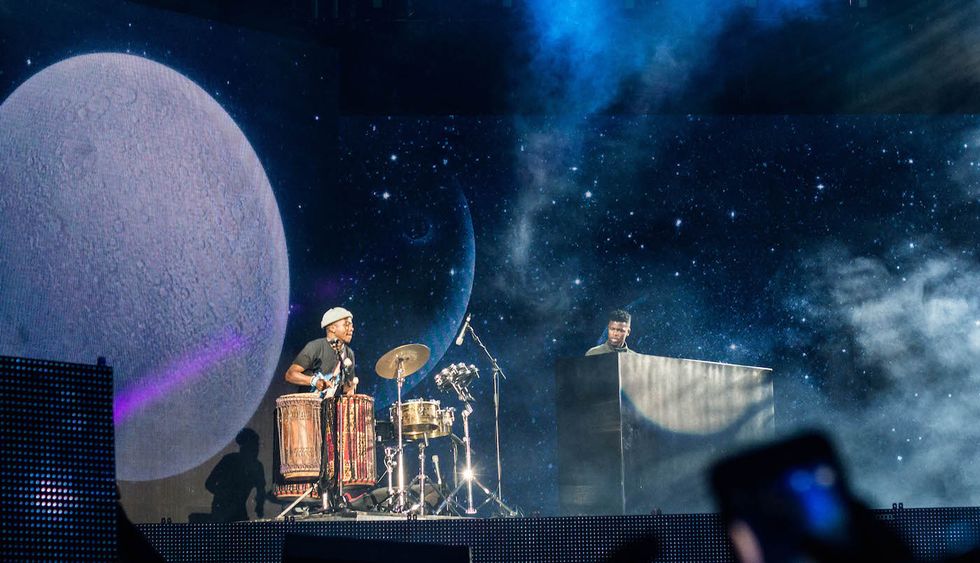 They were escorted off the flight by police after demanding answers.

South African house music duo Black Motion, consisting of Bongani Mohosana and Thabo Mabogwane, claim they were victims of racism on their flight on a British Airways plane.

"Black Motion happened to be the only two young black men in the British airline business class #CapeTown. We are the victims of bad treatment. We were embarrassed and moved from business class just because a white lad complained about her broken seat," Mohosana wrote in an Instagram post.

"The fact is that there were only two black people in business class and they were asked to move," said the duo's road manager Nicy Seema, who was also on the flight in economy class, speaking to TshisaLIVE, "When they asked why they were being chosen‚ they (the airhostess) told them their ticket was cheaper. We asked them why they were not accommodating us and they said they were doing so by putting us in economy."

The duo resisted and demanded answers. That's when the airhostess then reported them to the captain who told them he was having them removed as they were "aggressive" and he "was avoiding a 911," SowetanLIVE reports.

The duo was then reportedly escorted off the flight by the police. South African Police Service spokesperson Brigadier Vishnu Naidoo, however, told TshisaLIVE that they have no record of police removing anyone from an aircraft on Monday.

When will Black people treated fairly and not Discriminated and embarrassed?? #BlackLivesMatters#BlackMotionpic.twitter.com/rS2D5UWDDy
— Marné (@itsmarne) 5 December 2017

We're not here to be timid. We're also not here to fight with white folk... but they need to know that we're done taking shit. We will clock our work, live where we wanna live and fly in whichever class we pay for. Love to Black Motion
— #OkapiFunDay9Dec (@SHOWtibzLOVE) 6 December 2017

British Airways, in a statement to TshisaLIVE, said the airline was investigating the case: "We have been made aware of this incident. Comair and British Airways will not tolerate racism. We regard these allegations as very serious and they thus warrant thorough investigation. We will establish what happened and take whatever action is required."