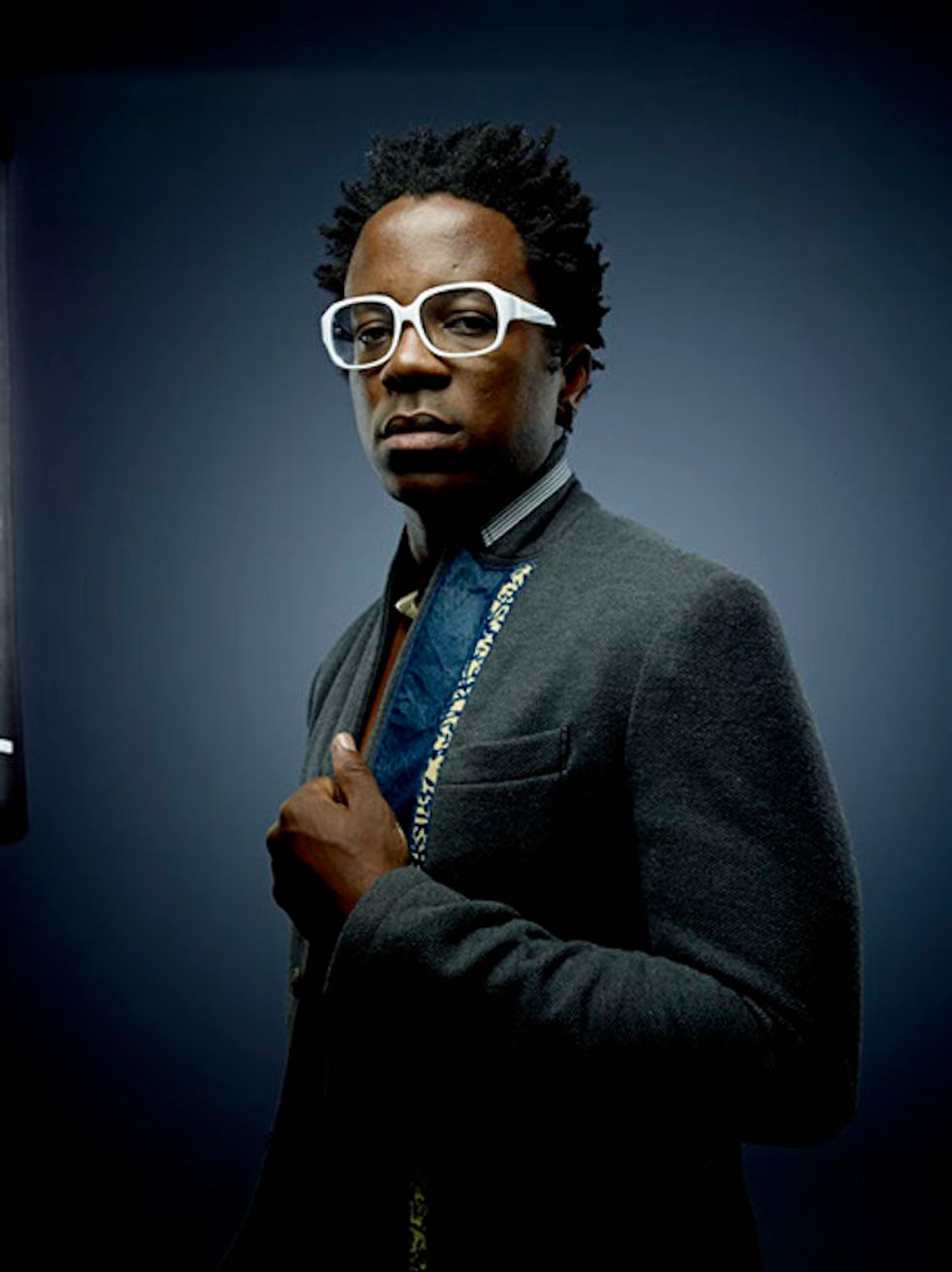 The Cameroonian-born, French-based banjo player, guitarist & songwriter Blick Bassy is a thorough man. By his own confession he assiduously works on his songs for at least 6 hours a day. A self-taught guitarist, Blick Bassy also doubles on the banjo since, he mentions, the instrument evokes childhood memories of the sound of a train approaching his village in Cameroon.

Bassy’s compositions astutely relate stories that touch on themes of education, exodus & migration from rural villages to African cities. Most of these stories stem from his personal experience and journey, as he was fortunate to split his time between Yaoundé & the village where he spent his childhood. It wasn't until his ultimate move from Cameroon to Paris in the early 2000s that he became aware of the privilege to have been exposed to one of the 262 languages co-existing in Cameroon.

This spirited, modern griot is fraught with simultaneously personal and global stories. He knows how to engage with any audience despite singing songs in the Bassa language, which neither the majority of his fans, or his bandmates, can understand. However, Bassy insists, "It's for the artist to find a way to speak to people's emotions and feelings, even when using an alien language".

Bassy is a versatile musician. His musical journeys overlap both South America, mainly the Brazilian percussion and rhythmic gems featured in his second album Léman, and Africa—Mali was also a large influence on his debut album Hongo Calling.

For his third offering, Akö, Bassy sought for new ways to express issues close to his heart.

The setting this time around is intimate and stipped-down to the bare minimum; a trombone, cello and Blick Bassy playing both the guitar and banjo. This unusual lineup fittingly emphasizes the quality of the human voice.

"Melodies—let's say in French or English—change because of intonation,” Bassy points out. “However, if we use other languages smartly—in this instance Bassa—it’ll bring something new to our ears. it's also a warning to our government, that if we carry on that way, we’ll lose our languages, hence the connection to our histories and cultural legacies."

It wasn't until his move to Paris that Bassy became increasingly aware of the function of language and the centrality of culture in every nation & civilization. “France has its own history, this is Africa’s time."

Bassy’s unapologetic about the fact that he doesn't read music. His musical inspiration came from wanting to pay tribute to his hero blues man Skip James, while at the same time attempting to conjure up a richly diverse sonic tableau evocative of childhood memories and other personal journeys.

"Listen, I don't read music, so for the first day of a series of intensive rehearsals, I record all the melodies and give them to both the trombonist & cellist, insisting that I want them to play them their own way," he explains.

It’s against the backdrop of the layered minimalist interaction between trombonist Fidel Fourneyron’s hauntingly warm sound and the controlled lyricism of cellist Clement Petit that Bassy unravels a dozen short narratives about migration and education.

Passionate but never assertive, Blassy observes, "Give education to our kids about change and racism, because environment and context makes who we are! Why are we different? This is what makes the world interesting."

Visit Blick Bassy’s website to grab a copy of ‘Akö’ and see his full tour schedule.