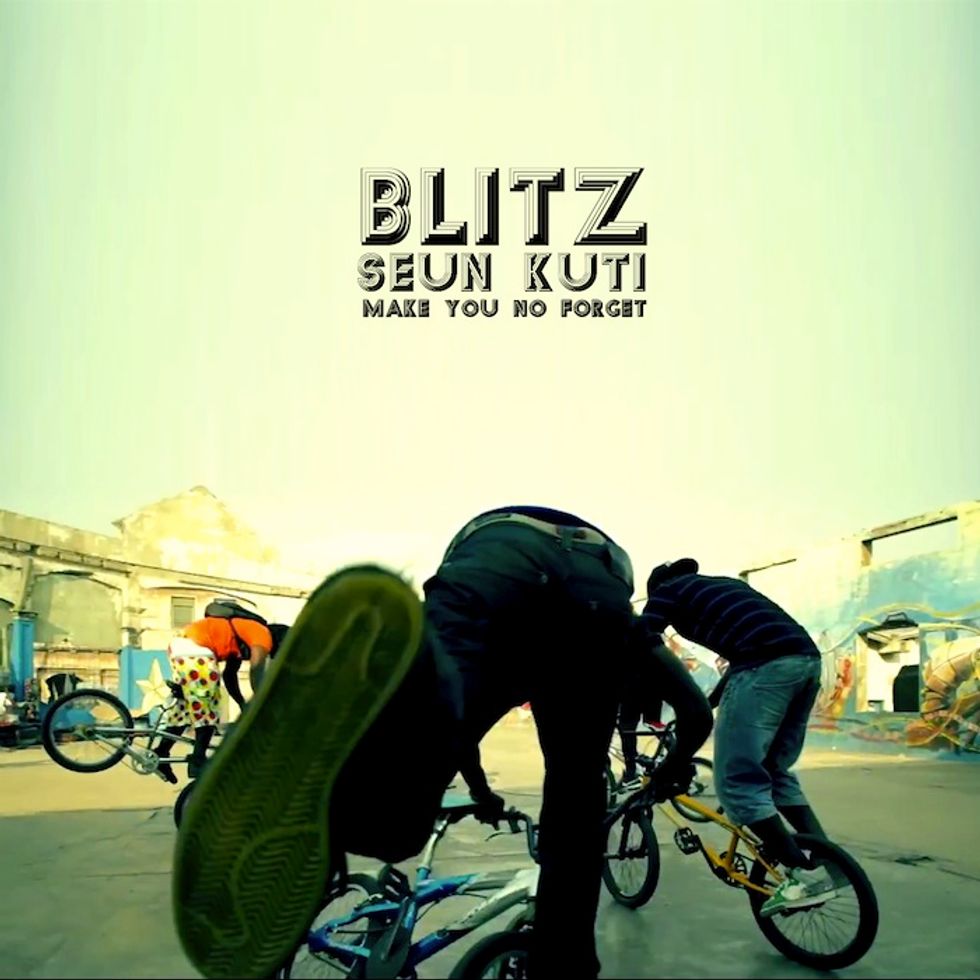 Watch Blitz The Ambassador and Seun Kuti team up on the 'Make You No Forget' video.

It was just last week that we first heard "Make You No Forget," the latest taste off Blitz the Ambassador's forthcoming Afropolitan Dreams. On the follow-up drop to Sarkodie collab "Internationally Known" and "Success," Blitz enlisted the killer brass lines of Seun Kuti for home-pride anthem-making music. The afrobeat-hiplife chune now has an equally high energy video, which we premiere today on Okayafrica. Continuing to reflect on where he comes from, the Ghanaian/New York-based rap laureate looked to Accra as the natural backdrop for the track's visuals. Blitz nods to his hometown with a particular spotlight on Accra's Flat Land Boys BMX crew and amateur boxers. Afropolitan Dreams is due out April 28th via Jakarta Records and features guest appearances from Angélique Kidjo, Nneka, Brazilian hip-hop's Marcelo D2, French/Malian emcee Oxmo Puccino, Sarkodie, Seun Kuti and more. Until then, catch Blitz in the "Make You No Forget" video below.