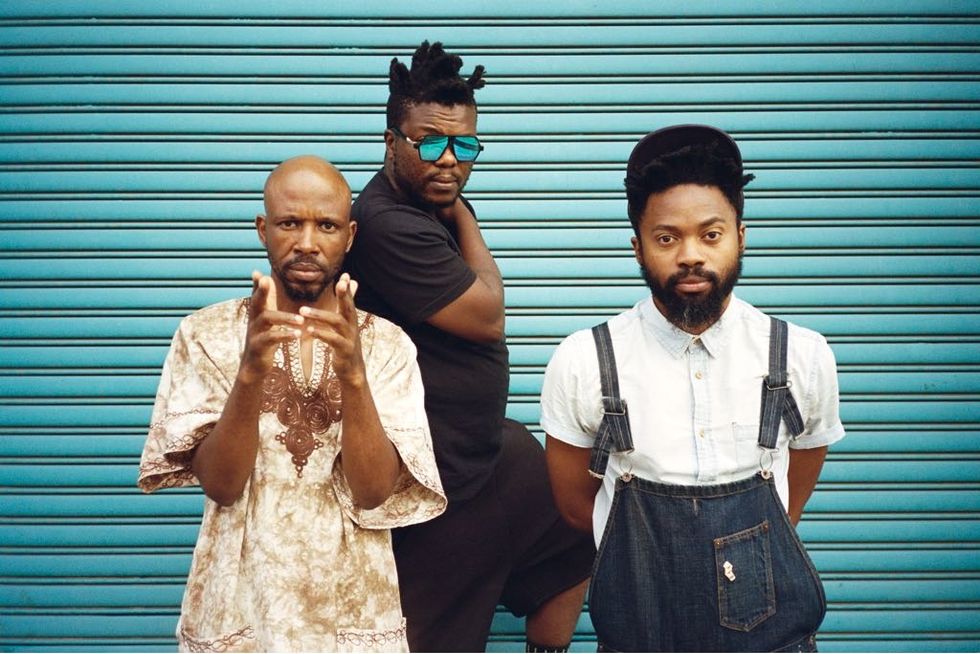 The first song they're sharing after this long hiatus is a tribute to the jazz legend Hugh Masekela, who died in January of this year.

The band covers Bra Hugh's 1975 classic "The Boy's Doin' It." The song features Bra Hugh's trumpet, which in this version, is strengthened by cruder horns, and it features Selema of Alekesam and Selema Writes, who are Bra Hugh's son and nephew. The cover is bigger, as it also features some raps.

The song's video features footage of the band and their collaborators' recording and jam sessions, as well as cutaways of Bra Hugh performing live.

On the B side of the vinyl, which is limited to 300 copies worldwide, is the song "In An Age," which features Alekesam and Sunny Levine.

Watch the video for the cover of "The Boy's Doin' It" below, and purchase the vinyl here.