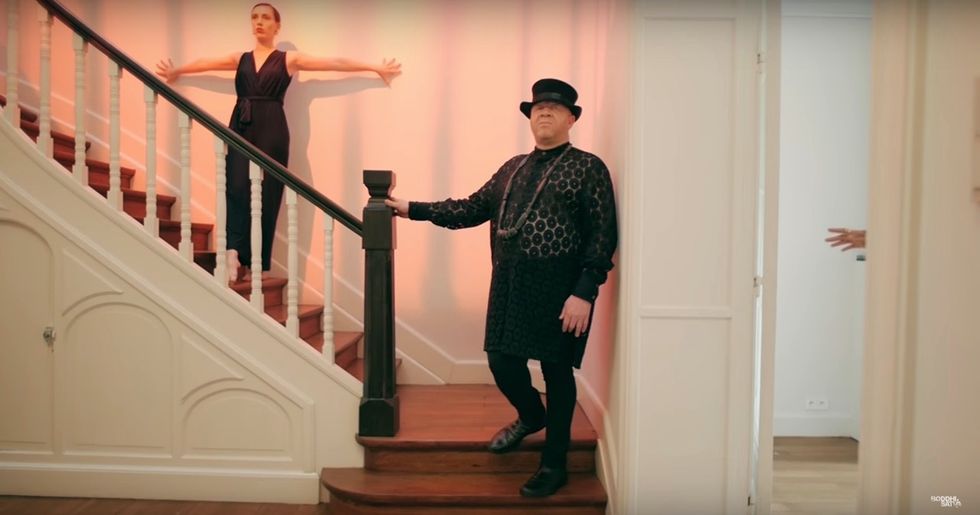 Watch our premiere of the video for the Haitian and Senegal-influenced single "An Nou Ale."

Last December, Boddhi Satvatook a trip to Port-Au-Prince, Haiti were he connected with some of the island's artists. One of those artists he worked with was singer James Germain, known as the creator of Kreol Mandingue.

The result of the artists' collaboration is "An Nou Ale" (Haitian creole for "Let's Go" or "Let's Go Together"), which sees the Central African Republic producer and Haitian singer link up with kora master N'Faly Kouyate.

Boddhi Satva describes the song as "a tribute to the Divine feminine Energy living within us all and being the necessary glue to Unity between Black and Brown people around the globe. A necessary Energy to also keep together the spirit of pan-Africanism."

We're now premiering the music video for the track, which was shot and directed by Gilles Geekk in Brussels with art direction from Najwa Borro. The hypnotizing music video follows four dancers as they swerve their way across a beautiful home.

"The video is a true tribute to African traditions including special symbolic pieces of African history never before used in a music video," Boddhi mentions to OkayAfrica. "The Dance Spoons of the Dan people (from the Ivory Coast) and Belly masks (of the Makonde people of Tanzania). All pieces carefully chosen by Borro to emphasize the importance of the divine feminine energy and how it connects both woman and man spiritually."

Watch the music video for "An Nou Ale" below.