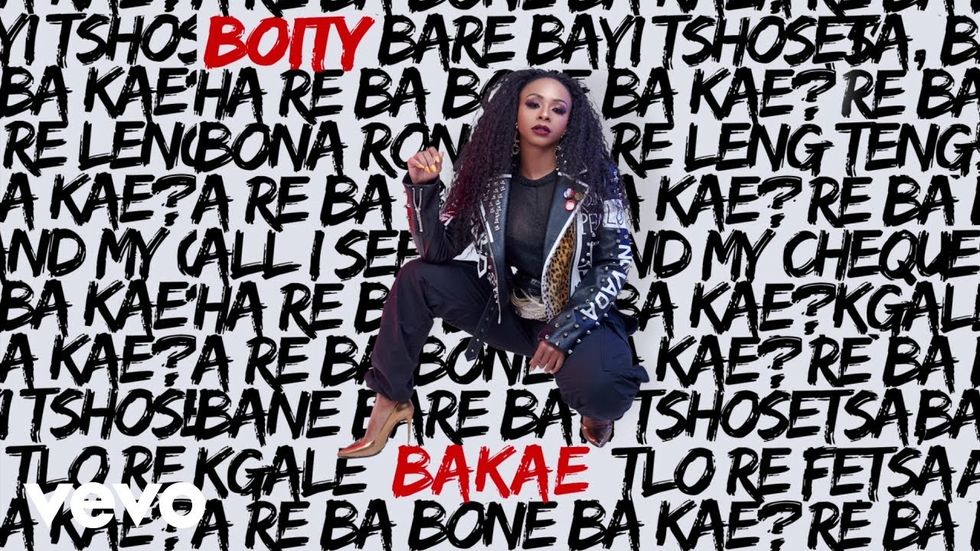 Boity releases the second single of her new rap career.

Boity, the South African TV presenter and actress, who made the decision to become a rapper last year, has a new song. Titled "Bakae," the new single sees her drop further flexes lyrically over an eardrum-shattering trap beat.

"Dropped one record, and you niggas turned to bitches/ Now they wanna have a conversation about the lyrics/ I don't ever listen 'cause I'm all about the business/ All about the bitches, I don't worry about the critics."

Pulling another tool out of her mysterious arsenal, she spits some SeTswana lines in "Bakae," as opposed to her previous single "Wuz Dat?"

"Bakae" is produced by the trio Ganja Beatz, and is a banger of note with serious potential. Listening to it, though, I can't help but hear Reason, who is credited as a composer in the song—from the cadences to the style of hooks and writing style.

In her first single, Boity sounded a tad like Nasty C, who wrote and featured in the song. It's great hearing Boity sounding comfortable in these songs, but she has a long way to go. She needs her own identity because, really, sounding like whoever assists her in her tracks, won't cut it.

At least not in a perfect world, and not in a hip-hop scene like South Africa's where a lot of artists get away with lifting songs, styles and identities wholesale.

One thing you can't take away from the song, though, is that it bangs.