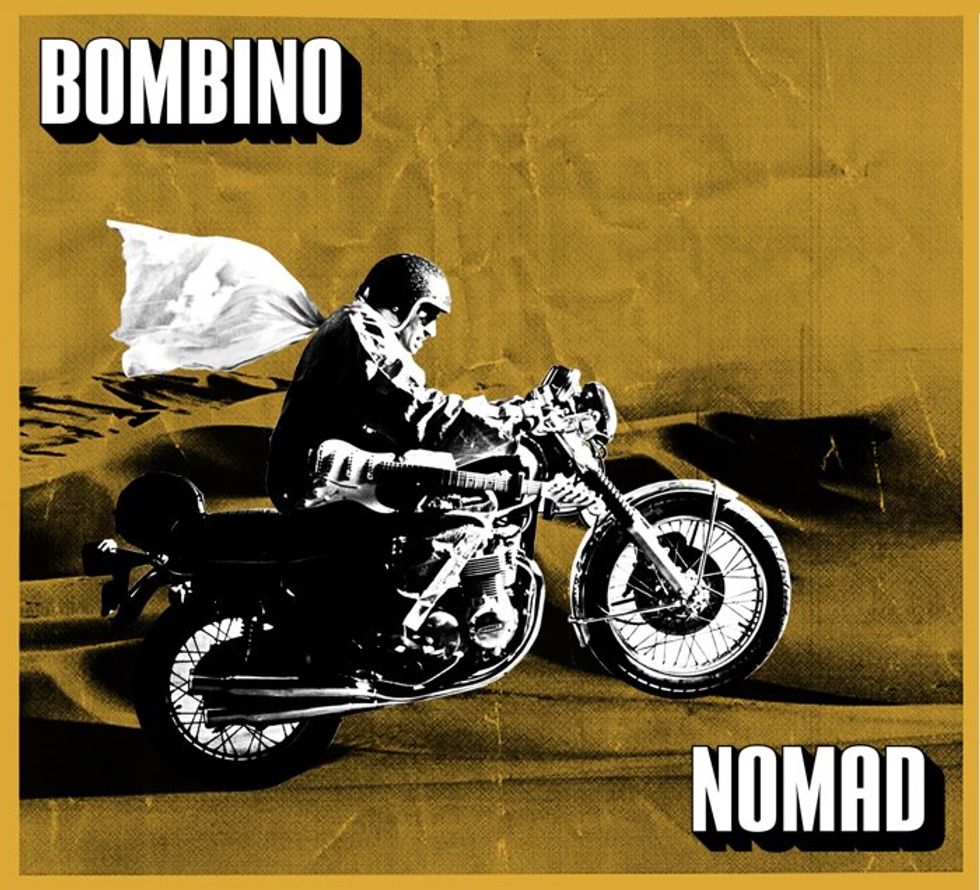 Not simply a collection of good tracks, Bombino's Nomad — the latest album from the  Niger guitarist — transplants its listeners to a wild journey into the depths of an 11-track Saharan desert. This is a musical desert barren of everything but life’s two essentials: psychedelics and soul. A tour guide through his compositions, the guitar-powered emotion transcends language as the principle form of direction on Bombino's Nomad. As such, it doesn't matter whether or not one speaks the Tuareg tongue of the maestro in order to wander inside his adventurous world.

Bombino’s is a style of guitar playing that has each note setting off little sparks in listeners’ heads. In between the thrills, there are moments of contentment and quenching calm. “Imidiwan” subdues souls with an oasis retreat, as if Bombino and crew have kicked back from the danger on horseback (or motorcycle) with some pool time and frozen drinks. The hopeful tone of closing track “Tamiditine” cools down with the mark of a journey successfully completed. Perhaps Nomad’s peril-to-positive storyline hints towards a desire for peaceful times in Bombino’s home region.

Buy Bombino's Nomad on iTunes, out now via Nonesuch Records.