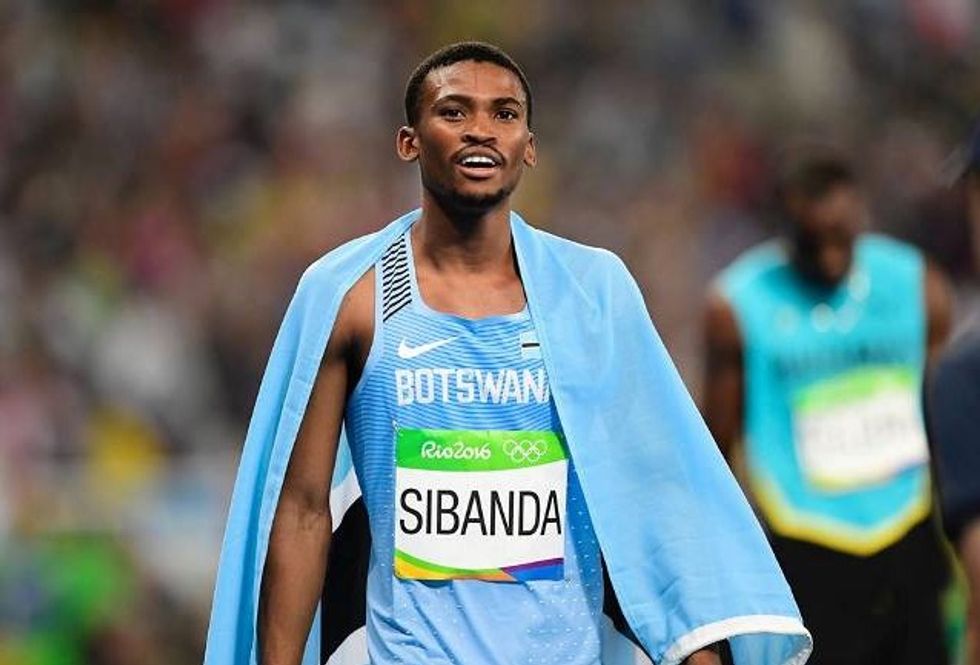 Tonight has been nothing short of extraordinary for African athletes in Rio.

Caster Semenyastruck gold in the women’s 800m––making her the first black South African woman to win a gold medal in Olympic history. She was joined on the medal stand by Burundi’s Francine Niyonsaba and Kenya’s Margaret Wambui.

Kenyan athlete Julius Yego came away with a spectacular second-place finish in the men’s javelin despite an injury forcing him out of competition fairly early on.

And Mo Farah, Britain’s long-distance G.O.A.T., added a fourth gold medal to his historic career with a first-place finish in the men’s 5,000m.

Botswana’s 4x400m relay team came ridiculously close to adding to tonight’s list of accolades. Heading into the fourth leg of the relay, Team Botswana looked posed for a medal. It would have been their first of the Rio 2016 Games and their second in Olympic history (middle-distance runner Nijel Amos picked up Botswana's first Olympic medal in London 2012 with a silver in the men’s 800m).

The runners were second for much of tonight’s race. Unfortunately, things took a turn for the worse in the final leg of the relay. Botswana remains medal-less in Rio.

That anchor from Botswana ? Eish Bhuti. Congrats to the USA though #Rio2016pic.twitter.com/7Y52deHy98

Many are blaming the loss on the squad's 4th runner, Gaone Maotoanong. The 25-year-old sprinter just couldn’t hold second. Botswana finished fifth with a time of 2:59.06. The U.S. walked away with gold, followed by Jamaica in second and the Bahamas in third.

And while the Twitter bashing has been pretty brutal, some are choosing to look on the bright side. Come 2020 Tokyo, Team Botswana will definitely be one to watch.

WELL DONE, THAT WAS A SOLID PERFORMANCE

Botswana almost medal in the men's 4×400m ! Come in 5th after being second for most of the race, losing their way in the last leg ????

Gutted for Botswana's great 4x400m relay team... Ran a brilliant race and just faded at the end and missed out on a medal. #IOLYMPICS

who is this fool that anchored botswana's 4×400m relay team? your mates gave u baton at 2nd place only for u to finish 4th. smh

South Africans have no chill... Bathi the last Botswana 400m relay runner must be donated to Brazil... ???