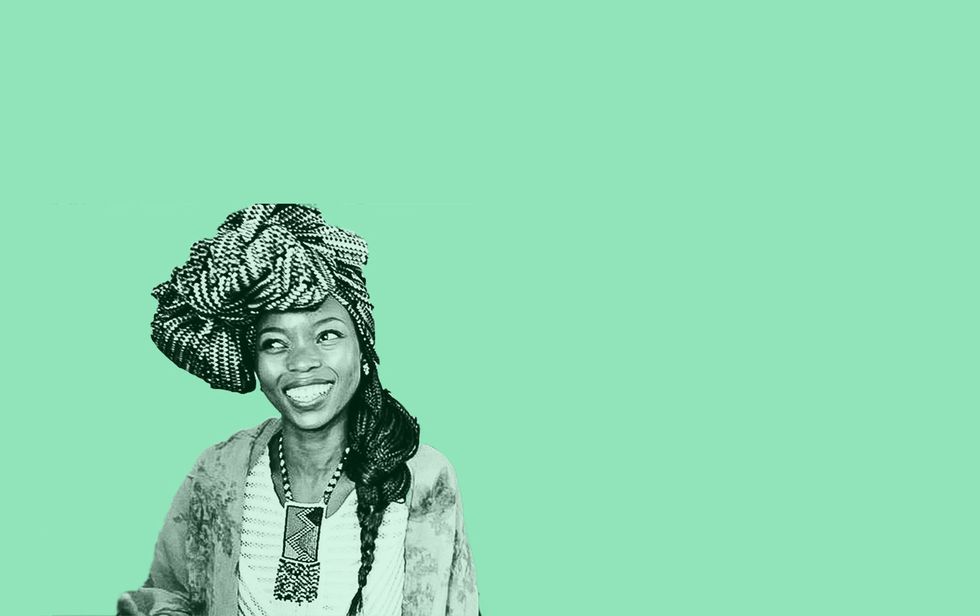 In anticipation of Monday's Caine Prize announcement we review 'Virus' by Magogodi oaMphela Makhene—part 5 in our series.

“Who Will Greet You At Home” by Lesley Nneka Arimah (Nigeria)

This year’s winner will be awarded £10 000 and the other shortlisted writers will each receive £500 to be announced on July 3 at the Senate House Library in London. OkayAfrica contributor Sabo Kpade will review each shortlisted entry leading up to the announcement of the winner on July 3. Entry five is Virus by Magogodi oaMphela Makhene.

The titular “virus” in Magogodi oaMphela Makhene’s “The Virus” has to do with cyber warfare, though a cruel joke about the HIV infection is told by a character to ward off an unwelcome question.

Whether intended or not, this acknowledges the real epidemic in many countries, South Africa, where this story is set, being one of them. This also allows the writer to appropriate at will what would, otherwise, have been a distasteful borrowing.

Speculative fiction is broadly used to describe stories which imagine “what if” certain events were to have gone a different way from how it has.

In Mahkene’s story, the US has launched a cyberwar on the Apartheid regime, as a result “a flood ran straight in from a dam enemy malware raped” and “real volk were dying real deaths”.

The narrator is a young Boer who appears to be in a resistance army and is full of hate for his oppressors whose atrocities he later recounts in detail “a power grid blew up, killing thousands of civilians within an hour. The big guns was beginning to doubt a bunch of ululating beards hiding under the turbans could pull off a remote control war on the US and her bed fellows from some cave in What-not-stan”.

To add to his indignation, the young Boer’s commandant has told his unit that because they’re “natural trackers, natural bush fighters. Our blacks must help us track the enemy”.

The familiar divide here is of course that of Boers vs the “Blacks” , oppressor vs the oppressed.

Rather than simply swapping the power balance, Mahkene has kept it as it has largely been, but also cladding it with one more layer of oppression by the Americans who only seem to be at war with the Boers in power.

Little about what form an American/Boer/Black system will take is said. One defence could be that our young Boer is too occupied with his own present and existential crisis to worry about that of others.

Also, to have the young Boer wrestle and nag on about humiliation at the hands of Americans is a simple case of staring in the mirror - except that he doesn’t recognise himself in it.

He is in a constant state of indignation “who was us? Who was them?” made even more so by the syllabic stresses in the South African accent in the audio version on Soundcloud.

Makhene’s word for these American invaders is “cyvivors”, clearly an amalgam of “cyber” and “survivors”. But then a survivor is one who has made it out of an ordeal which in the structure of “The Virus” would be either the Boers or Blacks.

Mahkene is a Black South African woman writing about a Boer man. To do so, his voice and prejudices becomes hers when she writes and this she has done so well in one instant, a black tracker is described as a “natural man hunter with a nose like a dog” in the narrator’s voice of course, making this reader recoil while reading.

The only hiccup here is the one of limits, and how far a writer is to go in inhabiting a voice in fiction, that in real life is in opposition, to say the least.

This reader's own indignation aside, what Mahkene has done is to strongly speculate an alternative world, exposing the great hypocrisies on which some civilisations are based, in a morality tale posed as a cyber-psychological thriller.