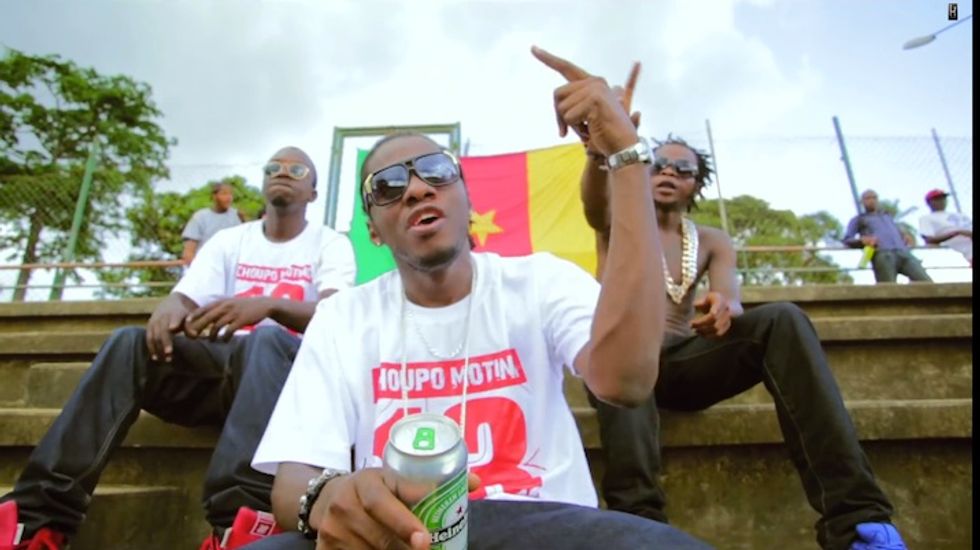 At the start of the year Okayafrica contributor Paola Audrey gave us her predictions for Ten Cameroonian Artists to Watch for in 2014, from the "Godmother" of Cameroon's rap scene, Tilla, to Channel O's "Best New Act" Stanley Enow and pidgin rapper/producer Jovi. Since then we've been keeping tabs on the best #237 tracks and videos in our Cameroon By Night quarterly music round-up series. With 2015 fast approaching it only felt right to look back on the songs that represented Cameroon best this past year, from a club-ready take on traditional Bikutsi music to dancehall riddims and a FIFA controversy-inspired rap anthem. What follows (*in no particular order*) are Paola Audrey's picks for the Top 10 Cameroonian Songs of 2014.