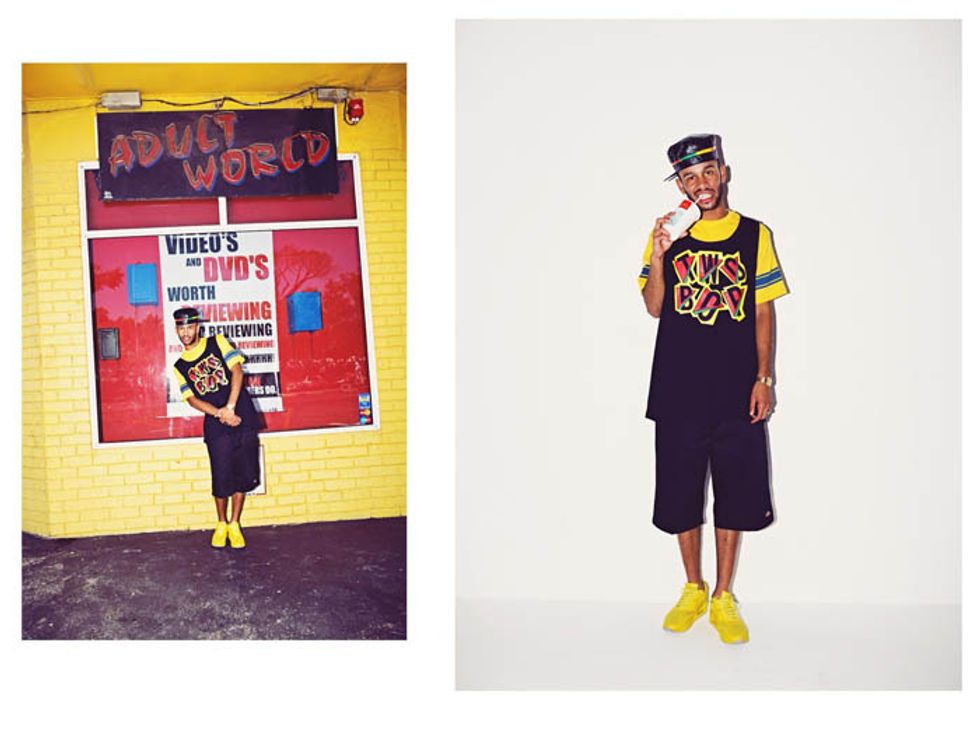 Having produced 24 mixtapes in the past 2 years, opening with a killer freestyle for Lil Wayne’s I AM MUSIC Tour and crowned "King of Street Rap" in 2011, Riyadh “Youngsta” Roberts has been hard at work making sure his name stays unforgotten as an advocate for Cape Town. To date he could very well be South Africa’s busiest MC.

His (count 'em) 25th mixtape Freeze Time, dropped July 10th alongside the redesign of his website, deals out genre-bending collaborations with the unlikeliest of local and international producers including Audiophile 021, Ill Gates, Codax, Black Vulcanite, and DJ Hamma.

Youngsta’s pending project entitled DNA combines tried and trusted production methods with innovative and fresh flavours of the now. For now we chat exclusively with Youngsta alongside co-conspirator and long-time lyricist Bonzaya Street Tyrant and Metalloid Lab producer/sound engineer Gary ‘Arsenic’ Erfort about the first release off the DNA project.

Shiba for OKA: In comparison, the Cape Town hip-hop scene hasn’t quite reached the status it has in Johannesburg as a business. What do you have to say about attitudes of Cape Town rappers and the direction you want to take hip-hop in CT as a sound engineer and beatmaker, especially with your experience in the industry?

Arsenic: I became actively involved in hip-hop during 2004, and Writer’s Block being formed in 2005 by X (Mingus). The two of us were high school friends and always wanted to be involved in hip-hop after high school. The scene back then was almost non-existent to the average onlooker but it was rich with a number of young talents that would flock to Town for any open mics or parties happening that played great hip-hop classics. The more popular spots in Town were all playing the stuff we weren’t getting down to. There was no industry, there were no dedicated promoters, no corporate sponsorships etc, the artists relied on themselves to do all the running around planning events, printing flyers and everything that came with it, so parties came and went. So as you can imagine the parties had no fancy frills, no VIP — it was purely about good music. Gigs were really a place to connect and build with other artists. The energy was there back then and people were hungry but there was no business side to it to take them further, so the energy disappeared for a while. Now that hunger is back, and there are new MCs who are pushing and honing their skills but also stepping up on the business side to make sure people’s efforts don’t go to waste. They just want to be the best.

Youngsta: What you often experience out here is the Cape Town scene tends to recycle guys. One day they’re here and the next day they’re gone. But I’m not going anywhere. What I’m trying to do is put my stamp on Cape Town — I rap with an accent and I rap about my experiences. Everything in my Cape Town life gets documented through the pen and paper. The music I listen to and the life I live go hand in hand.

OKA: So give us the grit on this first record off DNA...

Youngsta: The song is called "Trials and Tribulations," which features me as the naive young boy who thinks he knows everything, asking my older brother, Bonzaya for advice. So in this track I actually take the backseat and humble myself to learn from Bonzaya who drops some knowledge.

Bonzaya: You know you can’t go wrong with Arsenic on the beat. There’s always something exciting and challenging. For me it’s built me up as an artist spending time with him. Once we heard the beat we knew exactly what we wanted to do with it. We wanted to do what is very rarely done nowadays which is storytelling. In order to do this track and make it coherent we felt like we needed to write it together, literally bar for bar. Once you hear the track you’ll hear how in sync we are as well.

Arsenic: It was interesting to watch during the session. It was like a conversation they were having through the rhyme and that’s exactly what it needed to be.

OKA: Where do you see the Cape Town hip-hop scene going?

Bonzaya: From here on I see the scene growing but with that same fire people used to have. It’s also nice to see cats who’ve been at it longer than I have still bearing that torch for the culture, with some new younger cats at it too. You know what they say: “you don’t stop playing because you got old; you get old because you stopped playing.”

Grab a copy of Youngsta's latest Freeze Time below and keep an eye out for DNA via Metalloid Lab Productions.