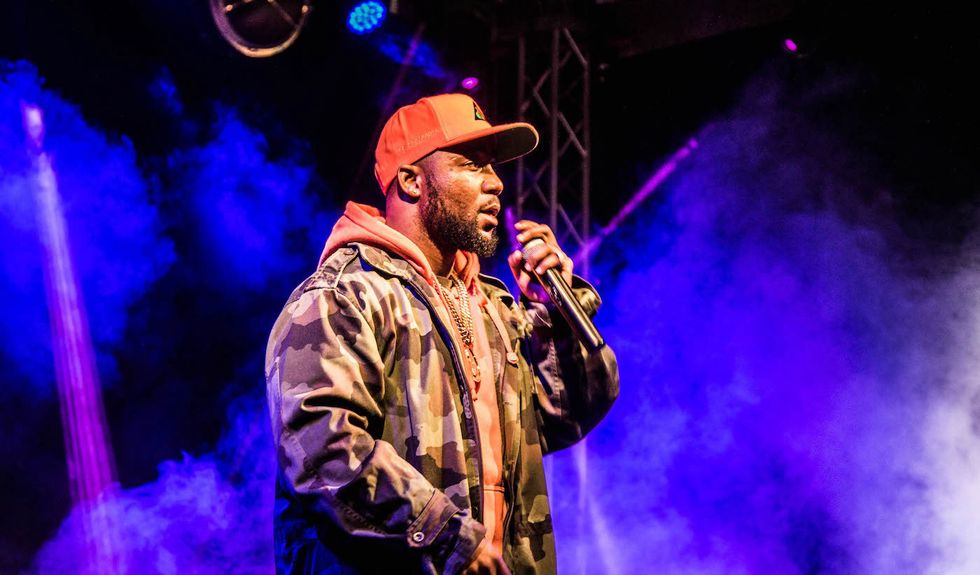 How long are we going to allow Cassper Nyovest to get away with biting?

The song is decent and perfectly timed for December. I can see myself jamming to "Baby Girl" sipping on my Fanta Pineapple under the shade with my peeps during the festive season.

But there's a small problem. Actually, a big problem. The video for "Baby Girl" scores really low in the originality department. It unacceptably resembles DJ Khaled's "Wild Thoughts" and Rihanna's "Work." A few fans have already picked that up in the comments section on YouTube and on Twitter.

But Nyovest is not new to biting. In 2014, for his video for "I Hope You Bought It," a song from his platinum-certified debut album Tsholofelo, the rapper blatantly bit the video for Kendrick Lamar's "Sing About Me."

It doesn't stop with videos. The beat to Nyovest's biggest single this year, "Tito Mboweni," sounds like Future's "Stick Talk." His single "Mama I Made It" is a shameless rip of Drake and Souljah Boy's "We Made It." "Ragga Ragga," a song by Gemini Major in which Nyovest, Riky Rick and Nadia Nakai make appearances, is reminiscent of "Panda" by Desiigner. There are a few more examples.

As much as the aforementioned songs knock really hard (I lose my shit when he performs "Tito Mboweni" and "Ragga Ragga"), it goes without saying that it's ethically wrong to bite.

"Originality is subjective, but outright biting isn't only wrong, it stands against one of the founding precepts of emceeing: Thou shalt not bite!" wrote Tseliso Monaheng in 2014, in a piece about biting in South African hip-hop, which makes reference to Cassper Nyovest more than any other rapper. Nyovest has been at it for a minute now.

Why the rapper gets away with lifting other artists' songs and videos is owed to mostly the media, especially radio and TV. Those two mediums have chosen to play it safe in South Africa. It's as if the requirement for getting playlisted is subscribing to the clichés of an incumbent sound. And going as far as sounding as specific artists. As Reason rapped in 2012 "Radio stations that think you okay/ 'But why you tryna be different when everybody's the same?'"

Artists such as Stogie T, YoungstaCPT, Kanyi, Priddy Ugly, ByLwansta,Yugen Blakrok and Rouge, among others, who have their own distinct voices and styles, don't seem to have a place on the heavy rotation playlist of South African major radio stations. Those artists are inspired by current music trends, which is inevitable, but they manage to own their sound and create music that's distinct to them.

In an interview I did with YoungstaCPT earlier this year about his boom-bap album and mixtape with the producer Maloon TheBoom, the rapper spoke out on the biting trend in South African rap. "We have been Westernized," he said. "So we have to jump on the bandwagon, we have to follow the trends, we don't have our own direction. So whatever beats they are making now, we make them. If you hear an American song that's big, you'll hear a South African version of it."

As we were having that conversation, one of the biggest hip-hop singles in South Africa was "Roll Up" by Emtee, which to this day, is still his biggest hit. The song "borrowed" from "CoCo" by O.T Genasis and "We Dem Boys" by Wiz Khalifa. Again, a rapper was allowed to get away with a blatant lift.

But in retrospect, that was somehow excusable as that was Emtee's first hit single, and it appeared on his first album Avery. Most artists sound like their muses before they eventually find their voice. While it was easy to pick up his influences on Avery, on his latest album Manando, Emtee has proven to have found his voice, and has made trap his.

It's easy to tell who young artists such as Shane Eagle, Zoocci Coke Dope and A-Reece are inspired by. But they are still at early stages of their careers, and they are already incorporating personal touches to their styles, it's only a matter of time until they find their voices fully.

But Nyovest is on his third album, and is one of the biggest South African hip-hop artists. It's inexcusable for him to be constantly biting in songs and on videos, as if he is still trying to figure out who he is.

As much as there is a plethora of original South African hip-hop artists, a lot of them live on the fringes of the mainstream. The faces of the genre misrepresent it on mainstream radio and television, platforms which still matter a lot in the South African music industry.

But there's a bit of hope.

An artist like AKA has recognized his influence, and is taking risks and developing his own sound. Personally I'm not so much a fan of the direction his music is taking, but I appreciate the effort to innovate and not completely sound like what's currently trending.

The rapper expressed his disappointment in the current state of South African rap music in a piece he wrote for The Plug earlier this year: "I listen to these guys and ask myself, 'Where is the soul?' Where is the pride in sounding original? Where is the bravery to discover sounds and styles that we have never heard before?"

Earlier in his career, AKA sounded a tad like Jay Z. But by the time he released his second album Levels, he had taken ownership of his sound, by sampling dance music and creating a unique brand of hip-hop. Songs like "All Eyes On Me" and "Congratulate" are quintessential modern South African hip-hop songs that bear their own influences but are still authentic in their own right.

I don't like basing my opinions on nostalgia, but the way South African hip-hop is sounding cookie-cutter in the 21st century, has me reminiscing of the mid-2000s. To this day, I still can't say who artists like Tha Hymphatic Thabs, Ben Sharpa, HHP, Zubz, Nthabi, Godessa sounded like—which has contributed to their work being memorable. Memorability is an important part of an era and a generation's story.

Songs of Nyovest's like "Doc Shebeleza," "Gusheshe," "Tsibip" are proof that the rapper is able to incorporate his influences and produce memorable music that is fit for an artist of his stature.

We may not realize it, but we as fans, the media and fellow artists enable laziness by not calling it out and instead celebrating it.

We need to stop labeling those who call out bullshit as haters. Recently when, on his BET cypher verse, Stogie T rapped, "Yeah, I know they fill stadiums/ But lyrically they couldn't fill Ginger Trill's Palladiums," he was labeled as jealous by a reasonable number of fans.

Because we are just not used to people calling out bullshit simply because it's bullshit.

Cassper Nyovest is an important artist and voice of our generation. His rise to the top is an inspiration to many young people, like myself, who grew up with nothing. The moves he has made in South African hip-hop have shifted the genre forward. He is a great artist–he can write honest and touching songs, and performs better than your favorite rapper.

But he seriously needs to stop biting.