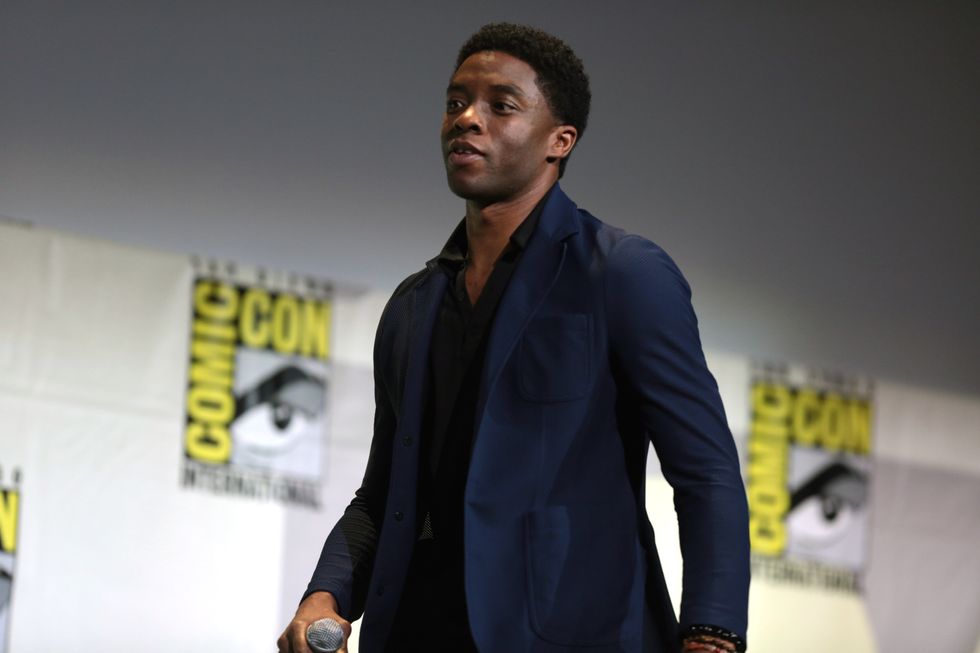 After much speculation, it's been announced that Boseman will play Yasuke, Japan's first African samurai.

Back in 2017, it was announced that a film on Yasuke, the world's first black samurai would be going into production. After much speculation, we finally learn that none other than Chadwick Boseman will play the role of the historical warrior.

Yasuke is believed to have lived during the 1500s, and historical accounts state that he could have been from Angola, Ethiopia or Mozambique, though many details about his life remain a mystery. It is known, however, that he worked under the Japanese ruler Oda Nobunaga, who gave him the name "Yasuke" according to Shadow and Act. There is no account of his birth name.

It is said that upon arriving in Japan in the late 14th century, Yasuke was met with astonishment, as he was the first black person that most Japanese had ever seen. He quickly became Nobunga's body guard before climbing the ranks to become one of Japan's most celebrated warriors.

Chadwick Boseman is going to have his own Black History Month Film Festival one day. https://t.co/pqcLa57faM
— Sean Campbell (@Sean Campbell) 1557253739.0

"The legend of Yasuke is one of history's best-kept secrets, the only person of non-Asian origin to become a samurai. That's not just an action movie, that's a cultural event, an exchange, and I am excited to be part of it," said Boseman of the film.

The film, originally set to be developed by Lionsgate, is now being developed under a team of producers, including Erik Feig, Mike De Luca, Stephen L'Heureux and Boseman himself. The script is being written by Narcos co-creator Doug Miro.

Boseman is an obvious choice for the role, as he's no stranger to playing black heroes—both historical and fictitious. As you may already know, the actor is Marvel's Black Panther and has played the likes of Thurgood Marshall andJackie Robinson in the past.Next he'll star in the crime thriller 21 Bridges.