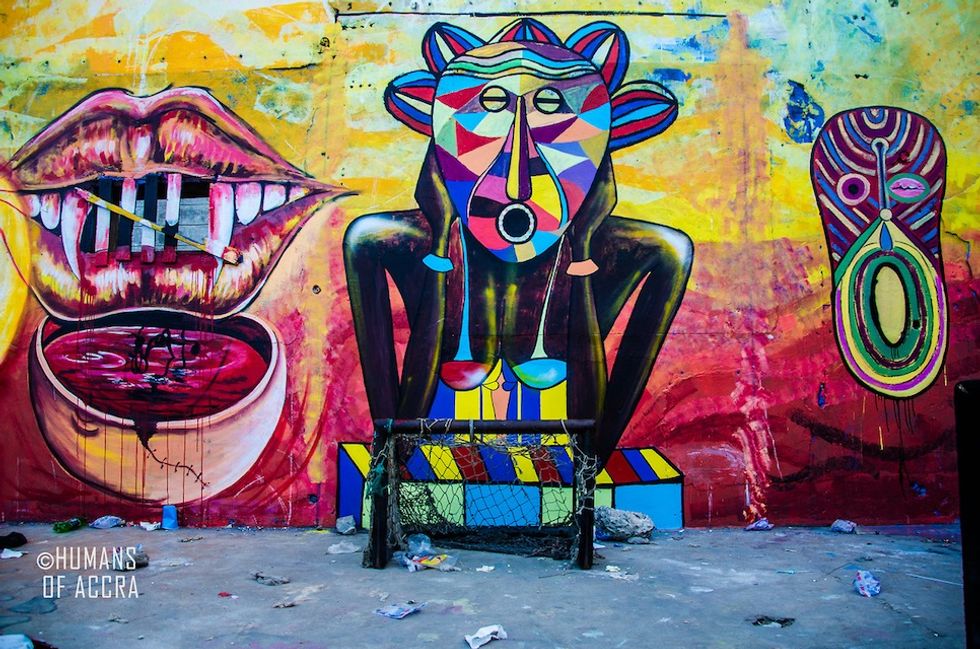 Organizers of Accra's Chale Wote Street Art Festival 2014 have put out a call for artist submission.

The Chale Wote Street Art Festival is back for its fourth go-round, and organizers of the vibrant street fair have just put out an official call for artists all over who would be interested in exhibiting their work at the festival or conducting workshops around this year's theme. Produced by Ghanaian alternative arts impresarios, Accra [dot] Alt, Chale Wote 2014 is set to take place August 23rd and 24th in Accra's historic James Town district. The theme of the two day festival is Death: An Eternal Dream Into Limitless Rebirth. An official note from festival organizers goes further to explain:

"CHALE WOTE 2014 explores the history of Accra, the city, through its origins in James Town and an examination of this place in relation to death and rebirth. The theme for this year’s festival is Death: An Eternal Dream Into Limitless Rebirth. We are evaluating Accra as a space station, a portal with the potential to rebirth new histories, possibilities, hopes and desires. We will exhibit art works that remodel our perceptions and interactions with design in public spaces.

"How does the transition of life [i.e. death] reform into passages leading to different lives [i.e. rebirth]?"

With this, we envision rehabilitating popular perceptions about death and the afterlife. Ethnic groups across Ghana already possess a wealth of stories about death and rebirth that are often passed privately from generation to generation through family accounts. CHALE WOTE 2014 will curate a multiplicity of narratives about death and rebirth in their most spectacular form. These forms will be interpreted through performance, theater, installation, video art, short stories, spoken word, murals, graffiti, digital art and exhibitions. We are invested in telling Ghanaian stories as well as global ones."

Watch a recap of the festivities from 2013 below, and find out more about how to submit an application here.