'Awaken, My Love!' Is Black Excellence, For Those Who Want To Travel Back in Time 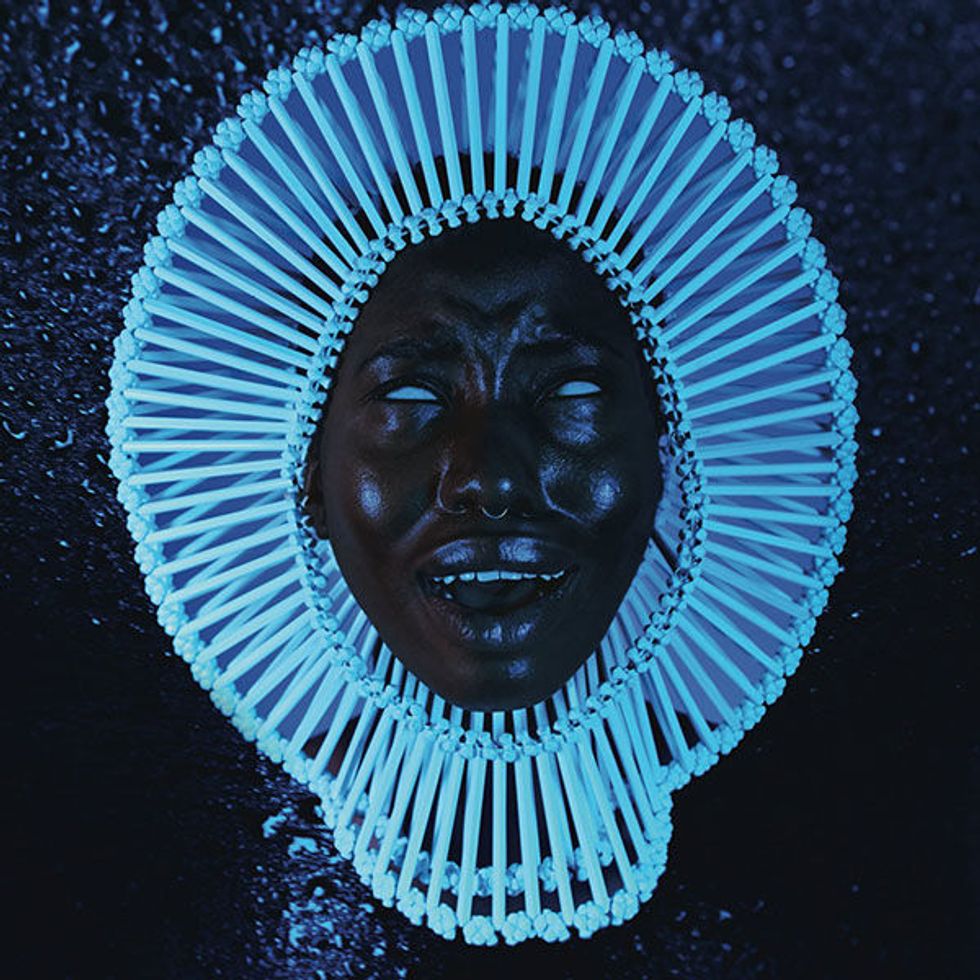 I already had “Me and Your Mama” stuck in my head. I love it’s gradual, groovy buildup interrupted by a audacious blast of instrumentals and creepy laughter. “LET ME IN...TO YOUR HEART,” Childish Gambino and chorus belts, so forward and demanding that I find it oddly romantic, in the same way that Teddy Pendergrass shouts, in equal annoyance and excitement,“Turn them off!!” at the end of “Turn of the Lights”.

And sometimes “Redbone” ran through my mind when I least expected it. “So stay woke!!! Niggas creepin”, Gambino’d remind me, when I’m walking down the street or taking a poop or trying to fall asleep. I was really digging these two singles. If this is what Gambino can do, I thought, then I am eager to hear more.

Since Gambino is trying something new, I will too. I wrote this review while listening to his album for the first time. This is new for me: I usually review albums after multiple listens, because there’s so many little things you miss the first time - metaphors fly over your head, instruments sneak past your eardrums. I will try my best to give my most instinctual impressions on Awaken, My Love!.

"Have Some Love": This song is uplifting in a familiar way, reminiscent of songs like “We are Family”, but much funkier. I can confidently say that 2016 is the year of empowering black art, from albums like A Seat at The Table to TV shows like Insecure and Atlanta. Besides its centralization of black characters and narratives, they pull from historical black aesthetics or present day issues and trends in black culture, which makes them feel more meaningful and personal to me.

“Boogieman” plays with the idea of black people as terrifying, dehumanized creatures. The first lines describe police brutality: “with a gun in your hand, I’m the boogieman...If you point a gun at my rising sun, though we’re not the one. But in the bounds of your mind, we have done the crime.” Here, the irrational fear white America has of black people is compared to the fear children have of the boogieman - an imaginary, unexplained phobia that dictates how we are viewed and treated.

"Zombies": I adore zombies as tropes in horror and media, so it’s refreshing hearing zombies used in an R&B song. I enjoy the way Gambino sings this track - I overheard a fellow Okayafrican say he sounds like Count Chocula, but that was my favorite cereal in college, so I’m into it.

"Riot" is pure fun. It astounds me that singers have not run out of entertaining ways to sing “Get down baby!” or simply “baby”, for that matter.

"Redbone": Listening to “Redbone” and “Me and Your Mama” within the album makes them feel a little less shiny to me, which is natural. However, there is an advantage: before, these singles were beautiful sentences from a book I had yet to read; now, the album’s narrative is beginning to come together.

"California": Not one of my favorites on the album, but maybe that will change.

"Terrified" is exactly what I came here for. Groovy, soulful, sexy and somewhat theatrical. I played this song twice. I like it when Gambino teeters the thin line between scary and sexy. “I want to eat you alive.” Yes, please. “You can’t run from me.” But why would I want to?

"Baby Boy": Smooth, syrupy harmonies and soft pleading serenades you throughout “Baby Boy”. It’s a somber yet lovely celebration of his newborn son.

"The Night Me and Your Mama Met": Glimmering harmonies by soulful sirens accompanied by an ecstatic guitar carry you through this short interlude. It’s like a lullaby.

"Stand Tall": Gambino sounds the purest here. This is a gorgeous moment: the same throwback aesthetics are present in the instrumentals and in the harmonies, but his voice isn't trying too hard to sound authentically old. It’s the perfect meeting of then and now.

Awaken, My Love! is heavily influenced by the oldies, by singers who ask you questions in the middle of a verse, by black excellence. It reminds me of the music my dad played on Saturday mornings while we cleaned the house; conjures up images of my dad DJing in clubs in the ‘70s and brown bodies slow dancing and booty bouncing on crowded dance floors.

Awaken is an effort to go back in time. Sometimes it succeeds at blending old school nostalgia with present day perspectives and technology. Other times, it feels less exciting. Of course, Gambino can't get it exactly the way Cameo, Prince or Chaka Khan could, but why should we expect him to? This album is an ode to all of those past influences - too many to name, too inspirational to forget.

It is important that music like this exists: feel good tunes that inspire and uplift black people in moments of social and political turmoil. Sometimes you have to travel back in time to make the present feel hopeful, to prepare for a future that we can’t see. We can bop our heads into better times.