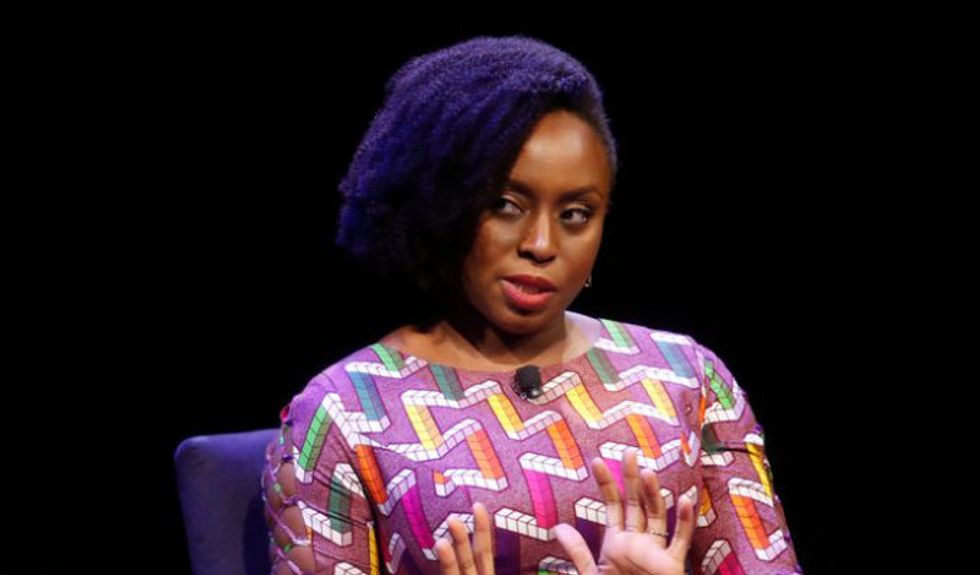 The acclaimed writer shared her thoughts on the American left during a panel discussion with The New Yorker.

Chimamanda Ngozi Adichie sat down for a conversation with The New Yorker last Friday, where she discussed the writing process of her seminal book, Americanah, fighting racism in the United States in the age of Trump, the concept of "blackness," and most notably her thoughts on the state of the "American Left."

Speaking with TheNew Yorker editor David Remnick, Adichie shared her thoughts on, what she referred to as, "the left that is heard." She critiqued those who identify as part of this group for failing to unify and work together, contrasting that with what she believes is the right's ability to move in solidarity.

"I almost feel as though the left is creating its own decline. I think the left doesn't know how to be a tribe, in the way the right does," she said. "The left is very cannibalistic. It eats its own."

She went on to clarify, that it's not leftist ideals that she disagrees with, but rather, what she considers, the impractical rules by which the stance operates.

"There's something to be said, of course, for ideals, and I believe very much in that," Adichie said. "There can be an extremist idea of purity. It's so easy to fall afoul of the ridiculously high standard set there."

She was then asked about her personal experience, dealing with criticism from the left. She discussed an incident that occurred earlier this year when she came under fire for controversial statements she made about trans women. "In the quest for inclusiveness, the left is willing to discard a certain kind of complex truth. I think there's a quickness to assign ill intent," she said in response to the backlash she received at the time.

Adichie went on to discuss how she came to terms with the idea of "blackness"—a concept, she says, was unfamiliar to her growing up in Nigeria. "It took reading and learning, and kind of concisely taking on that identity, which I think in many ways is also a political identity."

Watch the full conversation below.