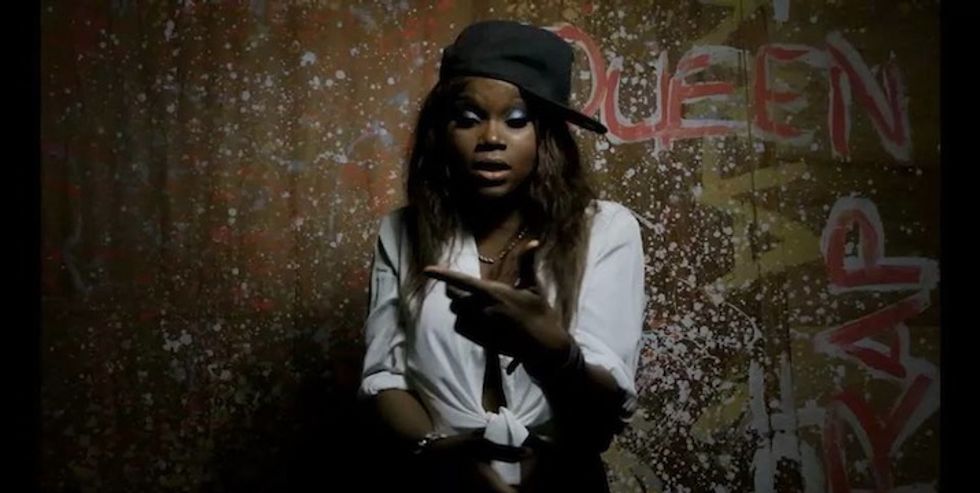 Watch No Hitz No Recordz' CIANA begins her takeover of the Cameroonian rap game with the video for 'Ozeile Nchiengo.'

CIANA has her eye on a full takeover of Cameroon's rap game. Born in Nigeria to Cameroonian-Nigerian parents, CIANA (aka Caroline Takon Jabe) is based in Buea, where according to an interview with Creative and Moving, she studies Geology with a Petroleum engineering focus. Now signed to Buea's No Hitz No Recordz, the ferocious dancer/MC started out as a songwriter before joining forces with an all-male rap group. A year ago she made a one-off introduction with her first single "Bangwa Sense," a no-nonsense banger produced by AnyKindBeats. She's kept relatively quiet since then, and only recently followed up with a second single. "Ozeile Nchiengo" is an ambitious head nodder which translates to “you know I am better than you” in Bangwa. On her debut music video the aspiring First Lady of Cameroonian Rap makes it clear she's ready to begin her reign. Shot in Yaoundé from director Adah Akenji, the heavy-hitting video takes CIANA from behind the mic to the boxing ring as she announces she's "ready to fight," in what we presume is a battle to the top of the Cameroonian rap throne. Watch on below. For more hip-hop from Cameroon, read Okayafrica's Top 10 Cameroonian Urban Artists to Watch plus our "Cameroon By Night" music round-ups from February/March and April/May/June.