Coachella 2019: Why Burna Boy & Mr Eazi Are The Right Artists to Bring Afrobeats to the World 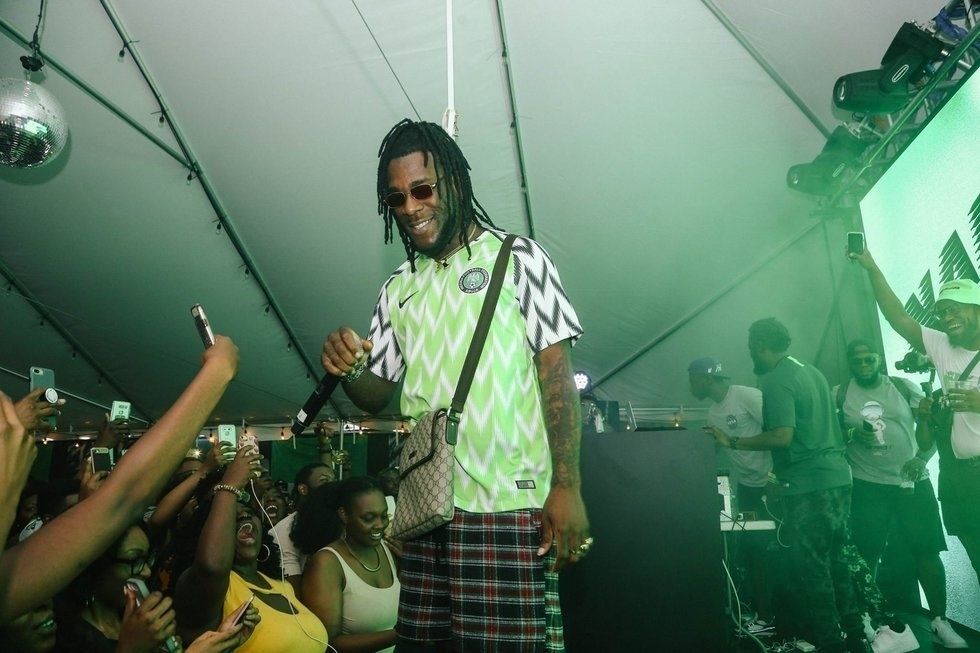 With Wizkid's no show at Coachella 2018, Burna and Eazi are next in line to lead Africa's takeover of global pop music

Last year, African music fans had their hopes dashed when Wizkid failed to show up for his slot at Coachella, the world's most prestigious music festival. Many shared their frustrations.

For many, seeing the continent's biggest star on the main stage was proof that African culture was taking over even the most exclusive spaces. As Africans, we believe that our art can compete for the highest honour and is deserving of the highest acclaim. We fight for our own, and shoot down voices that appear to discredit our growth. But Wizkid failed us when he failed to get on to that plane. And Africans made it known.

This year, we have a double shot representation with Burna Boy and Mr Eazi. Both musicians are scheduled for Coachella's second weekend in April. Africans who make the trip there will have an extra dose of their culture being served in a space that has long eluded them. When we scream "Afrobeats to the world," we aren't just referring to shows predominantly packed with Africans in the diaspora. We want the music to permeate spaces like these, and grow our cultural influence. Where's a bigger stage then than Coachella? Point us there. We want it all!

While Burna Boy and Mr Eazi are two of Africa's most prominent artists, it's their peers, Wizkid and Davido, who are generally regarded as the acts with the best chance of breaking into non-traditional afrobeats spaces. This is changing. Burna Boy and Mr Eazi make music that isn't overtly pop but heavy on fusion. They've also been strategic in pushing African art beyond the continent.

In the last two years, Mr Eazi has gone from selling phones in a Lagos market to moving his life and business to London leading many to call him the smartest musician on the continent. His 2017 deal with Apple Music to push his first mixtape, Life is Eazi Volume 1: Accra to Lagos, ensured that he was given prime placements on the music giant, with his art seeded into heavy streaming playlists. He also was a beneficiary of a performance spot on The Late Late Show with James Corden, a partnership with Diplo and Major Lazer. By the time he released his sophomore project, Life Is Eazi Vol. 2: Lagos to London, he already had ground in the UK.

Burna Boy carried his music into the UK on the back of a deal with Atlantic Records. After years of shooting below his weight, he cleaned up his act at the end of 2017 and started the new year as a man reborn. Ditching the controversies that had previously held him back from living his best life, he pushed through with one of the best albums to be released in 2018. That project was targeted and marketed in the UK and Europe, with two collaborations with Lilly Allen, and key partnerships and media coverage. The quality of the music did the rest. By the end of the year, he had become Africa's most meteoric music story of the year.

His growth was fast enough to convince him that Coachella should rate him higher than they did in the flyer for the show because, as he put it, he is an "African Giant." When taken to task for his behaviour, he went on Instagram and said" he represents a whole generation of SOLID African CREATIVES GOING Global. Not the soft, low self-esteem Africans with the slave mentality." He also referred to Nigerians as "unprogressive fools."

Burna boy. No notable award to his name.. No Billboard appearance. No BET nomination.. Just one breakthrough year a… https://t.co/F6hFTwdHQ4
— BREZZIDENT (@BREZZIDENT) 1546518771.0

But for all our optimism as 'Giants of Africa," we are still underdogs in global pop spaces. We are yet to prove that while we have the numbers back home, our music hasn't gathered enough cultural momentum in Europe and the U.S. to become a huge force. Coachella ratings are about who has the highest clout and fandom in the US. African Giants are working hard but they don't yet have the numbers to seek headline spots at a concert that isn't organised for them.

"Coachella considers three things—social media presence, record sales, and what the most popular kind of music is at the time'' concert organizer, Paul Tollet explained in a 2017 interview with New Yorker. "We have so many arguments over font sizes [on the poster]. I literally have gone to the mat over one point size. Sounds like a small thing in the great scheme of life. But, as it relates to these bands, it's huge."

This is a win for African pop music. Irrespective of his feelings, Burna Boy has no justification to launch his selfish activism because a platform is embracing our culture. It's cause for celebration. Sincere, celebration. Burna Boy and Mr Eazi aren't just going on stage to perform for a huge crowd. They carry the love, hope and support of millions of Africans who are just happy that our dreams are finally becoming a reality. In April, we will rise and come out to support. For those who can't travel, livestream channels will be clung to for dear life. This is a win for everyone, and we will celebrate it together. We are all African Giants. Coachella, let's rise!