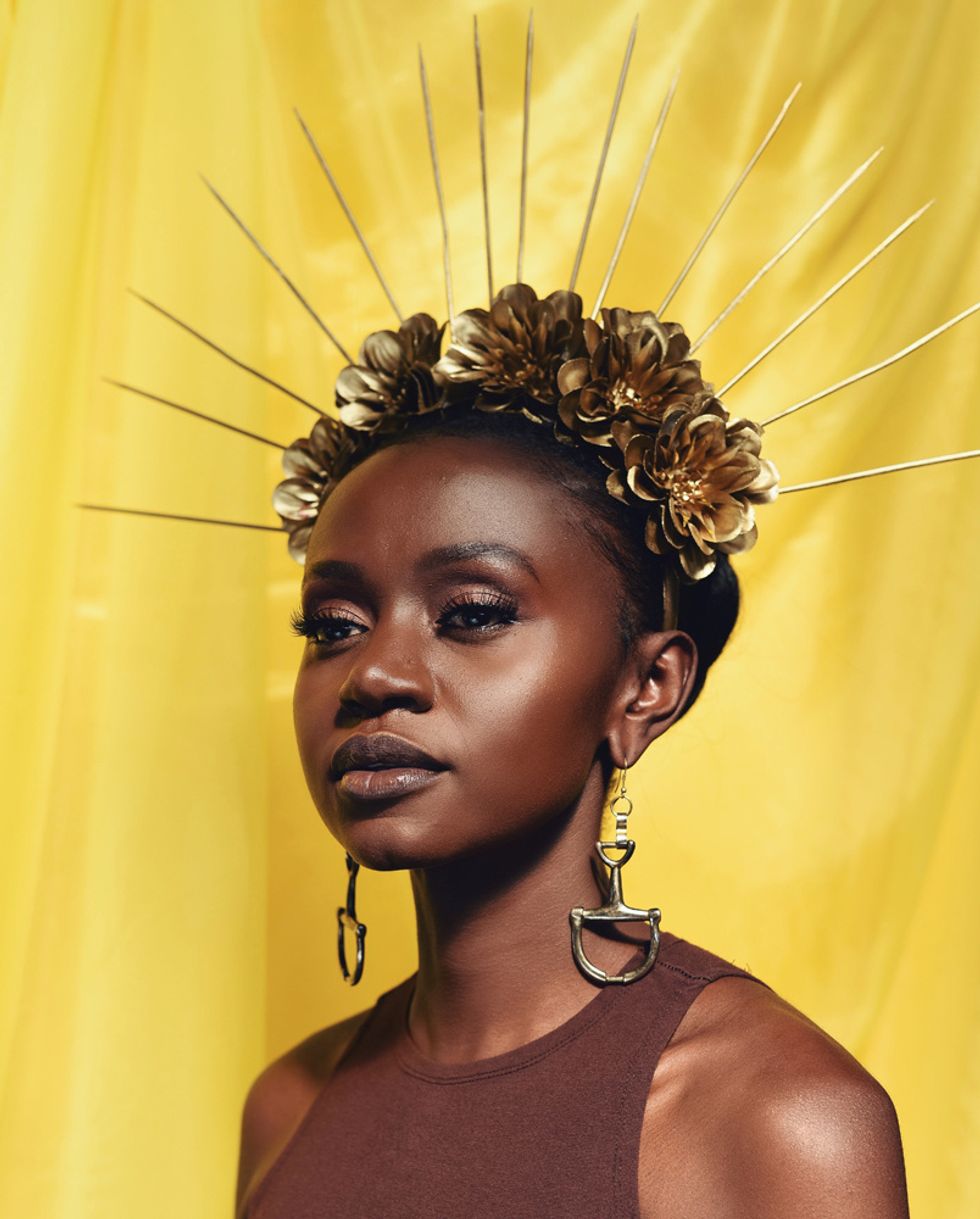 Coco Em. Photo by @Moharez courtesy of the artist.

"We're building our own sound now. We just need to look inside of ourselves and see the things that makes us uniquely Kenyan."

Catching up with Coco Em is not an easy task these days. The girl seems to just be everywhere.

She picks me up at a gas station just before a rain storm; the interview a meeting that's wedged after two others for her, before she dashes off to Nairobi's Central Business District at rush hour for another. That seems par for the course for the Nairobi DJ, as she's clamped on to her chances and is currently not letting them go.

Coco Em has been playing on some of East Africa's most prominent stages, recently playing Nyege Nyege in Jinja, Uganda and going as far afield as spinning in Israel, bringing her own take on East African house mixes.

We sat down over chips in a nyama choma joint just up the road from Kenya's State House to talk about the music, the hustle and the journey that it's taken her to get here.

So what made you start taking the DJ game seriously?

Well, I started about like a year and nine months ago. I was a photojournalist. I decided to just jump in, even though I wanted to do it for fun. I started last year doing so, so many free gigs. I think the reason I came up so fast is that I had years and years and years of musical knowledge, collecting curating. In my heart I just love music; that's why I just kept grinding, even when I couldn't afford parking fees.

There's so many DJs that have been on the grind for more than a decade, what's accelerated you?

Well, I have tried hard to weave in my own stuff. If you have a crowd, just try to find a way to reach out to them, bring them in. I'm looking at them, I'm vibing with them, I'm just trying to connect with those people. If I can just connect with one person out of a thousand, I'm happy. That's what I try to bring.

And also just being on that stage whenever I could. I think just playing from such a diverse range of people, I've picked up on things, I'm able to play a set in Rwanda and can feel like I'm back in Nairobi. It's that vibe. Last year for new years I was offered two gigs, one in Nairobi and one in the coast. I took the one in the coast because I knew that I could connect with more people.

Do you think that East African house is trending towards carving out its own space that competes with other big African music scenes?

The main problem, I'll be the first to say it, I'll listen to some of the productions that are coming out of here in Kenya and I'm embarrassed. If there's one thing I can tell Kenyan artists is to share your music! Share it! Use us DJs to push your sound, we have to know who you are so that we can push you.

Do you think there's a push to grow this house thing organically?

I think there is, there's players in the Nairobi house scene, there's people who've been exposed who are trying to bring it back home and grow this thing organically. Because there are people who are open to these new things. Kenyan artists for a long time were on a high horse, but now guys are ready to receive the feedback. We've been playing stuff from South Africa and Nigeria for a long time, but I think we're ready for a new sound now. I think we've been guilty of being chameleons but we're building our own sound now. We just need to look inside of ourselves and see the things that makes us uniquely Kenyan and start playing that, pro-per-ly!

Yeah, there's a ton of great female artists in this city, but there's not a lot of female DJs that are as prominent as you, what's holding the women back?

I think the boys have unknowingly locked out anyone who's not one of their own. So the girls don't know how to get in. I got in by chance! I just showed up on the stage of the Alchemist (a leading Nairobi bar for the arts) and thought I could get on stage. I had to convince them that I belonged, and only could because I'd already set up my stuff, so they said go ahead.

I feel like we're afraid to be aggressive. From my experience I would have never played that day if I knew I wasn't supposed to. I don't know if it was by luck or fate, but now that I'm in I have to hit it hard. They never share with the women DJs these events, these concerts. There are a lot of female DJs, more than 100, a lot of them play in Nairobi, but you'll never hear about them. They are locked out.

Do you see yourself as kind of a disruptor to that?

I hope that I am. I really want to be, because it's ridiculous. I hear girls that play so good, I'm like what the hell? Sometimes I don't think I'm that good, I'm like no, these girls deserve this chance. It's like we're always shut out, it's a man's club. So you basically have to come in guns blazing and punching. I think I'm used to doing it, because it was the same in the media. There were two female photographers. So I hope in my position if I've grown to a point, I hope I'm able to influence more women coming in.

So changing gears quite a bit, how would you describe your sound?

It's like a cocktail. First of all I grew up listening to a lot of Lingala music, to the point where you can sing all the lyrics, even if you don't know what they are. That kind of has affected everything, I like something… you can groove your bum to it, it's got a good ass bass inside of there. I like anything that's different but not too out there.

Mine is a mix of afro-house, kuduro, I love lingala. So I try to make a little afro-cocktail. The connecting factor, the electronic beat, the drum, the kick, the snare; bringing that together with an overarching afro-house, lingala thing.

Do you think that there's a lot of people that are exploring more East African sounds in a house sense?

In a house sense no. No. Cause it's either benga for benga or lingala for lingala. Mixing it with house? Not as much. But I think it's starting. That's what I want to help bring out more.