Cultural Expression After The Tunisian Revolution 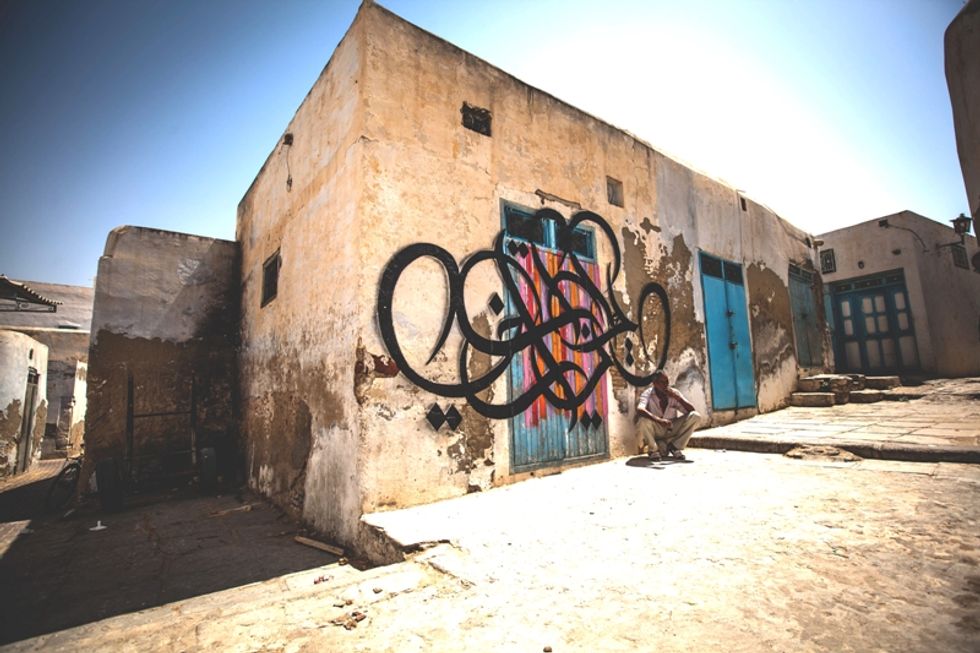 Ahead of the World Nomads Tunisia Festival in NYC, we talk to Karim Maatoug about the shift in cultural expression after the Tunisian revolution.

World Nomads Festival is part of a celebration put on by FIAF of transculturalism in the French speaking world that happens every two years in New York City. This year's focus is Tunisia, famously the first North African nation to spark what we in North America have come to call the Arab Spring Revolution in December of 2010.

The Festival is showcasing contemporary artists in a number of disciplines, including music, visual arts and film. We spoke to Karim Maatoug, the Programming Advisor for World Nomads Tunisia, which is taking place in NYC now throughout May 2013. Full details on the festival are available here.

Anya Wassenberg for Okayafrica: In looking at the Festival line-up, I'm noticing that many of the performers, speakers and events focus on female artists and I know that women have played an enormous role in the Tunisian revolution even as they face a certain amount of fundamentalist backlash. Has the revolution made a difference to the career of a female artist - more opportunity or recognition perhaps?

Karim Maatoug (English translation): Tunisian women have always had a presence in the daily life, as well as the cultural life of Tunisia, even before the revolution. The history of Carthage began with a woman: Elyssa, founder of Carthage.

During the revolution of the 14th of January, women were extremely present in the streets, on the internet with Facebook and Twitter, in the newspapers, and in society, but since the rise to power of Ennahda, women have watched as the progress they have enjoyed since Tunisia’s independence is threatened.

Tunisian women quickly understood that they must fight to maintain their rights and their position as pioneers in the Arab World. In response, they have gone out and said loudly and clearly that they will not slacken their efforts, and standing right by their sides, Tunisian men have been extremely supportive.

Tunisian men will never accept to have their mothers or sisters lose their rights.

Among the voices that have risen loudly and strongly against the erosion of women’s rights in Tunisia are the female artists. They were present before and are ever present today. Visual artists, singers, choreographers, dancers, filmmakers, writers, bloggers, painters, all disciplines combined.

*Habib Bourguiba, founder of and first President of the Republic of Tunisia from July 25, 1957 to 7 November 1987

OKA: In general, what is the climate like for the arts in Tunisia now? I know that it has opened up in terms of what is no longer censored but I'm wondering what pressures it may face from the fundamentalist side of Tunisian society.

KM (English translation): We can say that art in Tunisia has not traversed its most glorious period since January 14, 2011. But this challenging period, which has also been mixed with a liberty following the old regime, has created a double feeling; a liberation that could be ruined by extreme frustrations and the restriction of freedom of expression. This period has allowed many artistic disciplines to emerge (street art, hip hop, rap, modern music, caricature/satire and cartoons, dance, theatre, cinema). Several of these disciplines have always existed, and had their audiences and great artists, in spite of the old dictatorship, which effectively controlled everything. The artists were able to sidestep the laws by taking advantage of a general cultural ignorance, and the lack of interest of the regime. A true cultural agenda was present in their work, and the audience was there to see it.

This type of resistance continues today, despite the attacks and threats against the artists. But the resistance of the artists who are supported by their audience and by the Tunisian people makes them stronger. Their works have become the purveyors of the sentiment of the people. Art in Tunisia is more popular than ever, and not just for the elite.

OKA: Many of the artists across the genres represented in the Festival are showing or performing in NYC for the first time (including DJs above) - how significant is the Festival in terms of opening up their work to the rest of the world?

KM (English translation): The opportunity being offered to Tunisian artists by FIAF is a real chance to have their art presented, and have their work better known in one of the most beautiful cities in the world, New York, a city with a healthy appetite for art. It is an international platform for professionals with the hopes that this could open up connections and collaborations with other artists and other fields.

Also, this festival seems important to me because through these works, we can show the American public, which has not generally been well-informed about Tunisia until January 14, 2011, a true face of Tunisia which is different from the one portrayed in the media, beyond Islamism, and beyond the revolution. We can show that Tunisia is not only a country with a rich political history, but one with an equally rich artistic history, and a more recent history of contemporary art which has played a role in global events.

The goal is to facilitate encounters and to grow an audience and a population who want to discover Tunisia, and visit as well.

*Tunisian graffiti writers eL Seed and Jaye will be in NYC for the first time during the festival. Check out their event here.

OKA: Given the importance of artistic freedom to the work of many of the artists in the Festival - the graffiti which was banned under the previous regime, for example - is there a lot of political engagement in the artistic community?

KM (English translation): As I was saying before, the artists, through their work, show a true resistance, and through the welcome they have received from their audiences and the general population, they now represent an important part of the resistance movement and the movement to construct a new Tunisia. Thus, they comprise an integral part, in their own way, of social and political engagement.