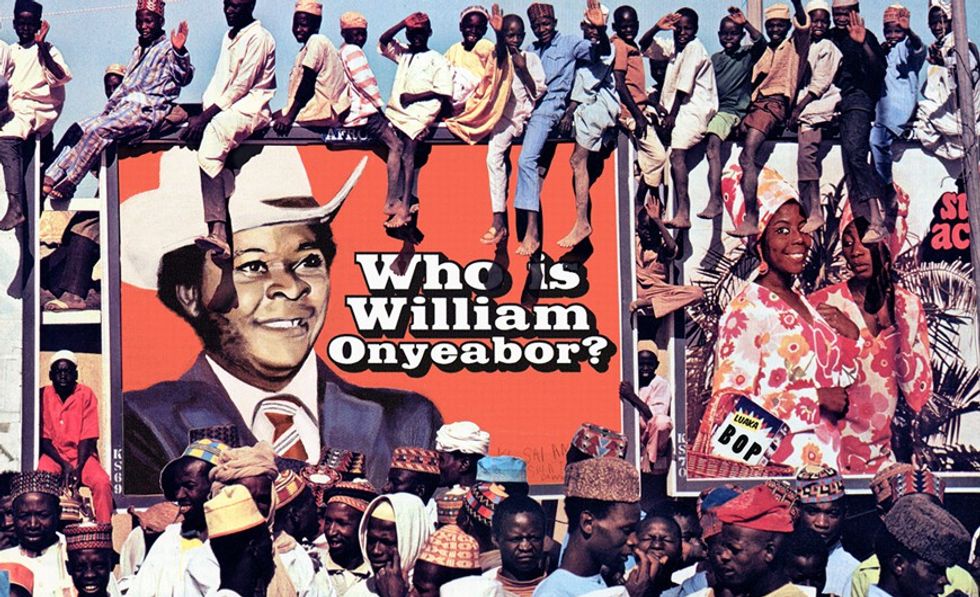 Back in 1988, Talking Heads frontman and indie godfather David Byrne founded Luaka Bop. Then an imprint specializing in Brazilian music, the NYC-based label has since become home to some of our favorite records and artist from across the globe, such as Sierra Leone's Janka Nabay & The Bubu Gang. Most recently, Luaka Bop is behind a younger generation's fascination with 1970s Nigerian synth-funk. Back in July we wondered "Who is William Onyeabor?" Nine months later, Onyeabor is far from an unknown name in music circles and beyond. Next month the spectacle-like Atomic Bomb! live tributes to the music of William Onyeabor head to NYC as a part of Red Bull Music Academy. With Byrne at the helm of a bill that includes a reunited Lijadu Sisters, Sinkane, Alexis Taylor (Hot Chip), and Kele Okereke (Bloc Party), we asked the Luaka Bop founder to share some thoughts on his interest in William Onyeabor:

Onyeabor isn't exactly new, but for sure he's smooth and good, as he would put it. Eric at Luaka has the best stories as he visited Onyeabor and wrote up his experiences on the Todomundo website.

I first heard an Onyeabor track on a collection of 70s African recordings that Yale Evelev put together for Luaka called Love's a Real Thing. The Onyeabor recording was unusual in that most African pop groups at the time were playing guitars and maybe some organ and electric piano (like on the Fela recordings) but Onyeabor went fully into synthesizer land - which was unheard of in Africa at the time.

Very positive "conscious" lyrics on some songs- maybe he was hearing some Curtis Mayfield? But then he became born again or something and the music stopped- Things Fall Apart for real.